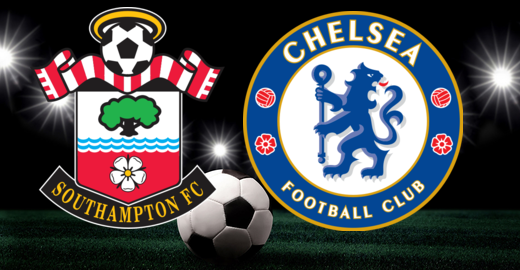 To watch Southampton vs Chelsea live stream free online, check the link at the end of the article.

Chelsea travels to St. Mary’s to take on Southampton, knowing well that they have a very good chance to win the league, being in 3rd position and only two points below league leader Arsenal and one point below second positioned Manchester City. They are also in good form after winning the last two games, including a win against Liverpool. Mourinho’s team have been erratic with few unexpected results, but gradually they are picking up the tempo esp. showing a good trend of doing well in the big games.

Mourinho, however, will be aware that ‘the saints’ have only lost twice at home and thus Chelsea has a difficult task in hand. Southampton are in poor run in recent times, something Chelsea would like to take full advantage of.

Southampton had a great start this season and were looking for a European spot next season, but slowly they have gone downhill and currently find themselves in 9th position with 27 points. In there last 10 matches they have won only twice, securing only nine points. They would be hping to bounce back, however, having Chelsea as their opposition is not helping their cause.

Both teams have a few absentees. For Southampton, Artur Boruc, Victor Wanyama, Guly do Prado and Pablo Osvaldo have been ruled out due to various injuries. For Chelsea, Marco van Ginkel, Frank Lampard and Branislav Ivanović are out due to injuries whereas David Luiz would be serving a suspension.