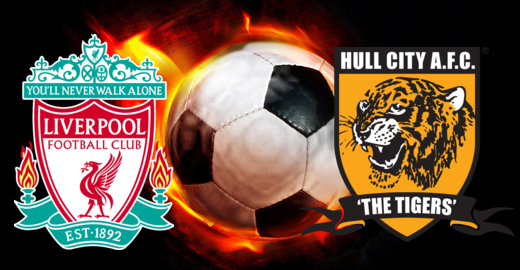 To watch Liverpool vs Hull City live stream free online, check the link at the end of the article.

Liverpool, after a brilliant start, where they stayed at top temporarily are slowly sliding down, having lost two important matches against Manchester City and Chelsea. Brendan Rodgers’ men, despite displaying good football have not been able to take points from those two crucial matches, which can potentially become crucial for the title. Having lost against Arsenal earlier, the Reds are clearly showing inability to win against the EPL giants. With Hull City being their next opponent, Liverpool can finally breathe easy and would look too get back to winning ways.

Hull City is currently in 10th position with 23 points. The Tigers have shown that they are no push-overs. Exactly a month ago, they have defeated Liverpool, in their last game they whipped Fulham 6-0 and only losing 2-3 against Man United on the boxing day game. Hull also benefits from a fit squad with on Robbie Brady missing out due to groin injury. However, playing in Anfield will always be a difficult task for an away team, and Hull would be happy with a draw.

Brendan Rodgers would be feeling the pressure after losing the last two games. His team is now in 5th position with 36 points, slipping away six points from the league leaders, Arsenal. Liverpool also has a few injury concerns. Players like Joe Allen, Mamadou Sakho, Jose Enrique, Jon Flanagan and Daniel Sturridge are ruled out due to injury. Gerrard, however, might be able to make a comeback, after recovering from his hamstring injury and joining the team this week in the training sessions.