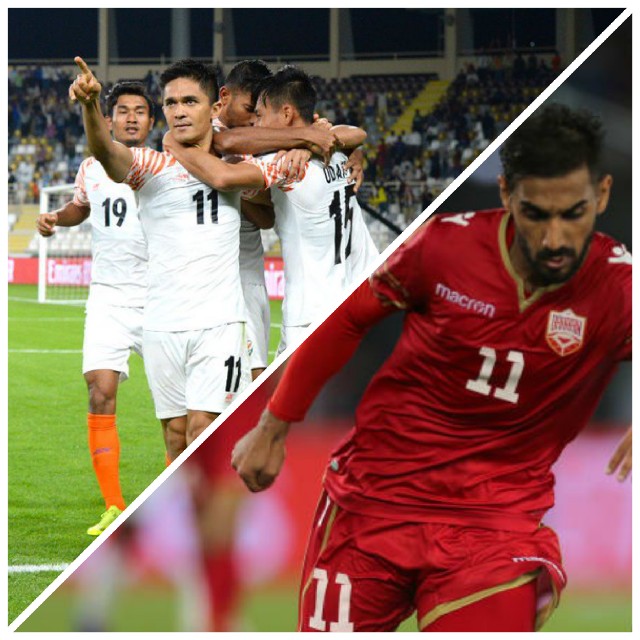 India take on Bahrain in their final group stage match of the 2019 AFC Asian Cup on Monday in Sharjah, the game would be crucial for both teams qualification to the knock-out stages of the competition. India need a draw to ensure qualification while Bahrain need to win this game.

India had a great start to the tournament trashing Thailand 4-1 but wasted many chances against UAE which resulted in them losing the game. Bahrain dominated the hosts UAE in their opening but were outplayed by Thailand in their second game and are sitting at the bottom of the group.

Bahrain are in a situation of bother and will go all out for a win against the Blue Tigers. Stephen Constantine faced UAE in a similar situation last game and tactically outclassed.

Speaking ahead of the game Stephen Constantine said “We have to pick ourselves up and get ready for the next game. We need to aim for a win and get something from that game. Hopefully, we can get the result to qualify.”

Star striker Sunil Chhetri was confident ahead of the game and added “We are still in the running. We are ready to face Bahrain. As a team, we are united. We are ready to fight. That’s our game plan against Bahrain,”

India will be full of confidence heading into this encounter after their impressive start to the campaign it was their finishing that led them down against UAE and it will be something they will look to improve ahead of their clash against Bahrain.

Bahrain’s coach Miroslav Soukup was optimistic about their chances in the Asian Cup and said “We are still looking forward because the tournament is not finished. In front of us is a game against India, and I think everything is open.We hope that if we win against India, we can qualify with four points.”

Stephen Constantine tactically outclassed both Thailand and UAE and we can expect him to do the same. The lack of finishing against UAE was something which cost India the game and Constantine will be hopeful that India can finish well against Bahrain.

Bahrain played a 4-4-2 against UAE and a 4-5-1 against Thailand, with the lack of finishing and poor display against Thailand we can expect Miroslav Soukup to revert back to the former.

India will be happy to let Bahrain have majority of possesion much like Thailand did. From what we have seen of Bharain they struggle to create chances when they have more time on the ball and defenders in front of them than running at them on the counters. Bahrain rely more on their physicality than UAE.

No player in this Bahrain squad has more than 8 international goals, they have relatively struggled with their finishing this tournament and it is something that would concern them.

Ashique Kuruniyan – Ashique has been impressive as a centre forward for India. His physicality and pace troubled both Thailand and UAE defences and he frees up a lot of space for other Indian attackers.

Mohamed Al Romaihi – He is new to the international stage and has a goal output of 0.45 goals per game which is very good considering their troubles scoring.

Waleed Al Hayam – The 27 year old has been vital part of Bahrain’s defence over the last few years and is playing his 3rd AFC Asian Cup.

India have never won a game against Bahrain losing 4 of their last 5 encounters. The Blue Tigers played Bahrain in 2011 AFC Asian Cup losing 5-2.

Despite Bahrain being a superior side on paper the Blue Tigers will be favourites in this encounter. Bahrain’s struggle with finishing and a lack of creativity when having possession will play into Blue Tigers advantage. 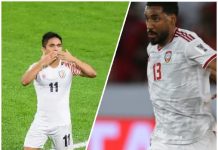