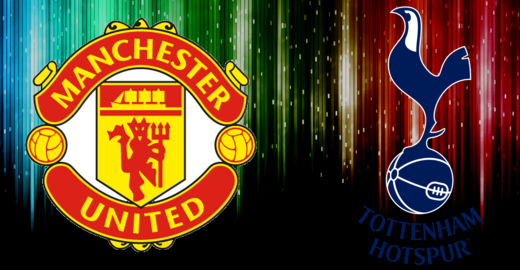 To watch Manchester United vs Tottenham Hotspur live stream free online, check the link at the end of the article.

The most successful English Premier League club in recent times, Manchester United, didn’t had the best of starts under new manager David Moyes. The manager had been criticized widely. But it looks like that Moyes and his Boys are slowly getting their groove back and answering back those critics. Manchester United has won their last four matches after having a four game win-less streak. They are now at 6th position with 34 points, eight points behind league leaders Arsenal. With half of the league still left, Manchester United will fancy their chances for the title or at-least a top 3 finish.

Tottenham, on the other hand, are having a erratic season, they do get good victories but soon lose points, including disastrous 0-5 loss against Liverpool in Anfield and a 0-6 loss against Manchester City. They have not been able to find a good replacement for Gareth Bale. Tottenham are in 7th position with same points as Man United and both team would like to take the lead. However, playing in Old Trafford has always been difficult for away teams, esp. with Tottenham having a torrid time in away games against big teams. Tottenham, will ofcourse, remember the famous 3-2 win against the Red Devils in Old Trafford in 2012 September.

For Manchester United, Robin van Persie will miss the clash with injury, but hopes that Wayne Rooney will make a return will be confirmed or dashed closer to kick off. Danny Welbeck has been in good goalscoring form of late, netting four goals in four Premier League games in Van Persie’s absence, including the winner against Norwich last time out.

Spurs have resorted to a 4-4-2 formation under Sherwood, and it will be interesting to see if both Emmanuel Adebayor and Roberto Soldado take to the Old Trafford pitch, or whether Sherwood’s tactics become more conservative.