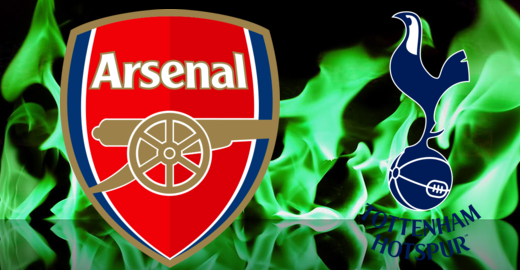 To watch North London Derby – Arsenal vs Tottenham Hotspur live stream free online, check the link at the end of the article.

In FA cup, last the the teams met in 2001 semi finals where Arsenal emerged victorious by a margin of 2-1.

Arsenal has been in good form, but has slacked down a bit lately. However, a good win against Cardiff city in the last league game has given them a good start this year. Arsene Wenger would be looking to add a much needed trophy in third cabinet, after last wining the FA cup in 2005.

Tottenham, recently, are having an unpredictable season, they can surprise with the wins the get against good teams, and at the same time they are capable of suffering from huge defeats. This season they were handed huge defeats like 0-5 loss against Liverpool in Anfield and a 0-6 loss against Manchester City. They have not been able to find a good replacement for Gareth Bale. However, in their last game they won against Manchester United while playing in Old Trafford.

Spurs have resorted to a 4-4-2 formation under Sherwood, and it will be interesting to see if both Emmanuel Adebayor and Roberto Soldado take to the Old Trafford pitch, or whether Sherwood’s tactics become more conservative.