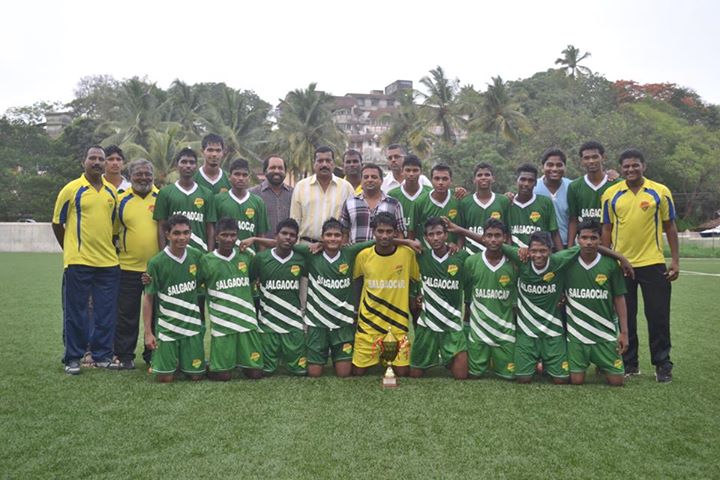 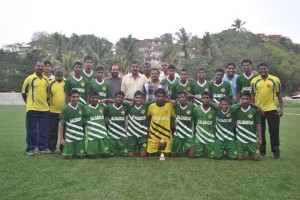 Salgaocar Football Club thrashed Panchwadi United Sports Club 4-1 to emerge champions of GFA State-level Under-18 First Division football at Duler Stadium, on Sunday. Salgaocar led 1-0 at half time. A brace by Snako and a goal each by James and Austern Fernandes gave Salgaocar FC a comfortable victory.

In the 33rd minute, Salgaocar’s Austern Fernandes beautifully curled the ball past the rival-wall from the edge of the box and Panchwadi goalkeeper Neveel D’Costa fumbled in his collection as Salgaocar took the lead. Salgaocar could have doubled their lead before half time after Godfrey Mascarenhas cleverly set up James inside the box but the latter ballooned over with only the rival custodian at his mercy.

After the lemon break, Panchwadi were a transformed side and played with purpose as they tried hard to score the equalizer. They restored parity in the 62nd minute after Avron chested the ball off a cross from Mesnsano and bulged the nylons with a powerful volley that beat goalkeeper Aliston hands down.

Salgaocar regrouped and scored two quick goals. First, Snako Dias struck from 20 yards in the 73rd and then two minutes later, James made it 3-1 with a stiff grounder.

In added time, Salgaocar were awarded a penalty by referee Sunil Nanodkar after Panchwadi defender Eliston Carvalho brought down Salgaocar substitute Domnic Soares inside the danger zone. Snako stepped up for the spot-kick and sent the rival custodian the wrong way to score his second goal.

With this win, Salgaocar FC has snagged the majority of the age group tournaments, with the GFA U-16 and the GFA U-20 titles also under their belts. Youth Development in Charge Swati Salgaocar said “The success of our U18 team makes me very proud. Not just the team but also the officials have worked really hard all season, so this is a perfect end. Combined with the success of our U14 and U20 teams this victory has further validated our long-standing commitment to youth development of football in Goa.”