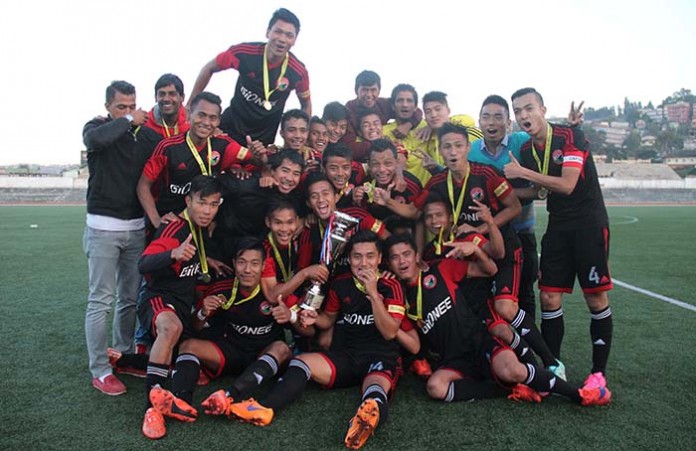 Though North East had produced some of finest footballers for India including the likes of Baichung Bhutia, Rennedy Singh, Gourmangi Singh etc the region lacked a proper football club in the top division until Shillong Lajong who qualified for I-League back in 2009 nearly 13 years after the start of top division football in India.

Their initial sojourn in the I-League was short-lived as they were relegated. They bounced backed winning the 2011 I-League 2nd division.

In the last 10 years the club has set the bar very high for Indian clubs as they attracted about 30,000 supporters in their first season, getting sponsorships from top brands like Nokia, Aircel, McDowell and becoming the first Indian club to have foreign investors Shillong are also one of the few clubs in Indian Football who had recorded profit at the end of a season.

Lajong also recorded a profit of about 1.47 crores through the draft of 2017-18 Indian Super League by selling their players while the rest of the I-League clubs had to watch their players join the ISL clubs for free.

Lajong also have an amazing youth set-up and unlike the other teams they often develop their own players who then form a major part of their core team. This season they fielded the entire team from their own academy.

The problem for Lajong started three seasons ago, when the club who once attracted over 13000 fans struggled to get over 6000 people back in the 2016-17 season. The attendance kept dropping despite the club having a decent run of form in the league.

The club this season decided to play without any foreigners a decision which they were contemplating since the 2017-18 season, they wanted to focus more on player development than go for instant success. Their decision did receive a lot of criticism and was the major reason behind their relegation but one cannot complain much considering the fact that losses most of these I-League clubs have to bear.

Shillong might have been relegated but leave behind an amazing Legacy in Indian Football. We hope they do well in the I-League second division or League two and we hope to see them back in the premier Indian League where they rightfully belong.