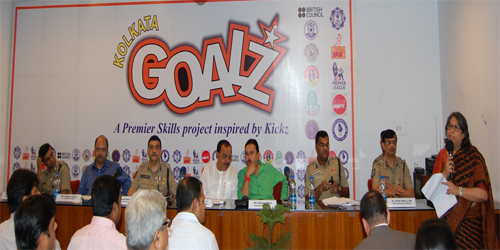 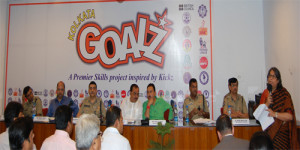 East Bengal U-15 emerged as the champions in U-15 category of Kolkata GOALZ, whereas East Bengal U-18 finished as runner’s up in U-18 category which was won by George Telegraph.

All the six clubs has fielded U-15 and U-18 teams for the tournament. The final was held on 6th July, where in the U-15 category, East Bengal and Mohammedan Sporting Club had qualified, whereas the U-18 category saw East Bengal and George Telegraph crossing swords.

The Cup was given away by Shri Sovan Chatterjee, Mayor of Kolkata. The runners up trophy was given away by Mr Sanjay Wadhwani, Deputy High Commissioner of United Kingdom at Kolkata and the medals were distributed by Shri Santi Ranjan Das Gupta, Asst General Secretary. Others who addressed the gathering were Shri Debashis Kumar, Member – Mayor in Council, Shri Debashis Roy, Additional Commissioner of Police, Mrs Sujata Sen, Director British Council and Shri Kalyan Majumdar, General Secretary, East Bengal Club.