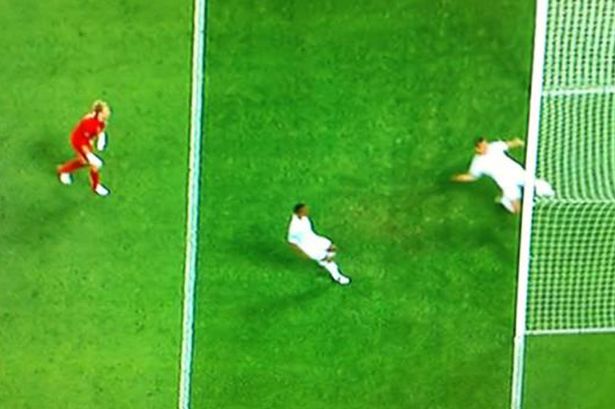 After years of debate, FIFA has finally accepted that goal-line technology is needed in modern football. On 5th July, 2012, in a historical decision, FIFA has approved two systems of goal-line technology for use in competitive matches. Both systems are expected to be introduced at the seven-team Club World Cup this December in Japan. 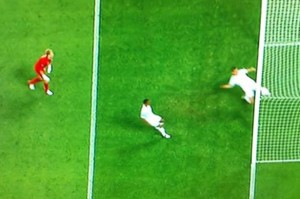 International Football Association Board (IFAB), a 126-year-old body which acts as guardian of the laws of football, unanimously approved the use of goal-line technology using the two systems – Hawk-Eye and GoalRef. Hawk-Eye is a British camera-based system which is already being used in tennis & cricket, whereas, GoalRef is a Danish-German project which uses magnetic sensors to track the ball.

Apart from this, IFAB also approved the proposed five-referees system to officiate matches, which would use an additional assistant beside each goal. IFAB has given its green signal for the trials to use such a system. The trials would be undertaken for three years, in more than 1000 matches.

It is my plan to have it used at Brazil 2014, yes. We will use the system also for the Confederations Cup and this year’s FIFA Club World Cup. – FIFA president Sepp Blatter

In an interview in FIFA website, FIFA President Joseph S. Blatter said “It’s a very modern decision to apply this to football. It is so important because the objective of football is to score goals. With the new techniques and the new tactics, it’s difficult to score goals, so it helps to use technology to help identify when a goal is scored. It’s a help to the referee. There was a call for this technology and now I can say that we did it.”.

On the topic of  football losing its ‘human face’ with too much technology, Mr Blatter said “It’s not a dangerous development as long as it remains focused on goal-line technology. I don’t want technology anywhere else. I want football to maintain its human face, this will be my goal as long as I am the President of FIFA. We will still have to see how it works. It is only to help the referee, we must remember that.”

The technology comes with a huge amount of cost. FIFA general secretary Jerome Valcke said that the world football’s governing body would pay for the systems – around £160,000 per Stadium – and leave them in place in the stadiums used during three upcoming tournaments (Club World Cup, Confederation Cup and World Cup). However, the question remains, how in long term, this technology can be used widespread in a sustainable manner. Mr Blatter, in this regard, said “There are already multiple tiers in football. There are different layers. We are offering at the top level, in competitions where it is vital to know if a goal is scored or not, that we can assure a goal is scored. You can’t recover in a knockout system from a mistake”.