McDowell Mohun Bagan’s nightmarish run continued even in the IFA Shield as they were held to 1-1 draw by spirited Shillong Lajong FC in their opening match in the IFA Shield here today in spite of going ahead early. After a 4-1 thrashing by Dempo SC in the 19th round of the I-League, Mohun Bagan fans were looking to find some sort of succour to their wounds from this match. But the players from the hills would not let it be. 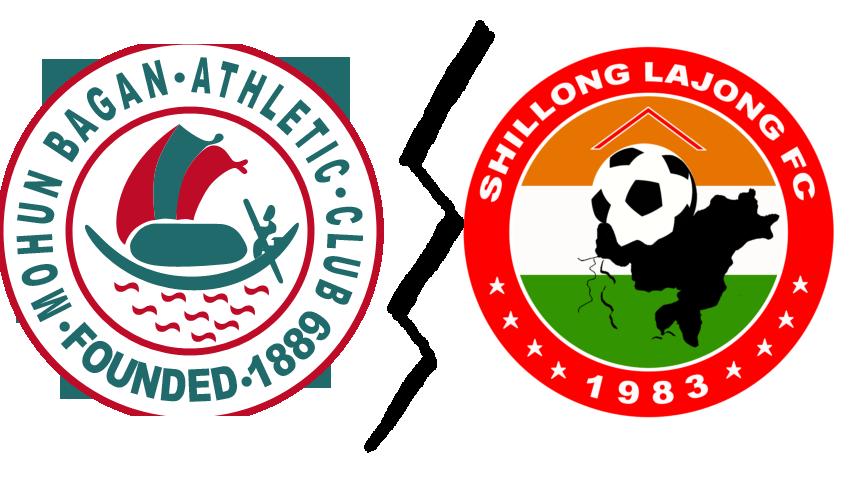 The game went into attack mode straightaway as Chidi headed Gouranga’s inch perfect cross wide right in the 3rd minute. In the very next minute Shillong Lajong earned a corner which was taken by Boithang. Ralte managed to find the ball on is head but could not execute it well. The ball went on from post to post as both the team created plenty of half-chances within first 20 minutes. In the 20th minute there was a nice bit of play by Mohun Bagan when Dipendu Biswas crossed the ball to Gouranga who fed it to Satish. Satish went past 2 defenders. But he flattered only to deceive.

The moment came in for Bagan at the half hour mark when they earned a corner. Gouranga’s corner shot looped bang into the middle of the 6-yard box from where the seasoned Ashim Biswas headed it home making it 1-0 for Bagan. The game was dominated there on by Bagan until the half-time mark but they were unable to increase the margin due to poor finishing.

At the start of the second half, MB brought in Ishfaq Ahmed in place of Satish. But it was Lajong who showed more urgency. They approached with both long balls and quick short passes. James Giblee and Lallwam showed some spark but the equalizer still eluded them.

Bagan fans erupted in joy when Barreto came in for Ashim Biswas at the hour mark. But their joy lasted not more than 5 minutes. Lajong were awarded for their hard work when they earned a free-kick in the 65th minute. Zenith repeated what Edmilson had done to East Bengal a day earlier from corner. His free-kick banged straight into the goal.

Lajong made 2 quick changes in the next 7 minutes to increase the pace of the game. Mohun Bagan went desperately for the winner. Their attacking frequency increased after 80th minute into the game and made good moves earning a couple of corners. and creating good chances but failed to make anything out of them. The game ended at 1-1 leaving Mohun Bagan fans with few more questions to ask to their players and officials.