Football in Sikkim is on a roll these days with two teams United Sikkim Football Club and Denzong Boyz Football Club getting the nod from the All India Football Federation to participate in the I-League Division 2. Last year Denzong Boyz had played the qualifiers but had failed to reach the final round. Here is a brief low down on the team which believes they can go the distance this season. 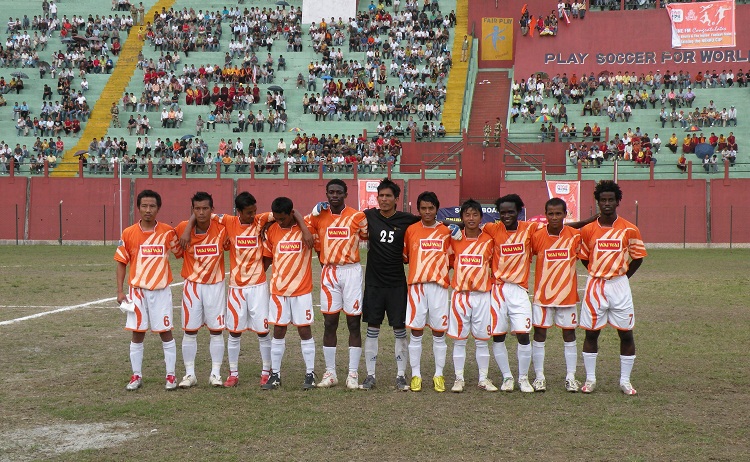 Set up in the year 2008 Denzong Boys Football Club is a sister concern of Denzong Welfare Association. The Club was formed with an aim to promote the local players at the national platform.Denzong means “The Valley of Rice” and the Bhutia Tribe refers to Sikkim as Denzong.

The Club was formed by some like minded individuals who felt that the interest and popularity of Football was going down in Sikkim and a well managed club with a professional attitude could contribute a lot in reviving the people’s interest in football.

In a very short span of time Denzong Boyz FC has become a popular team in Sikkim winning the Independence Cup two years in row,2008-09.The team also reached the Quarter-Finals of the prestigious All India Governors Gold Cup Football tournament in 2009 beating reputed teams like Delhi Royal Rangers and Punjab Police. In the Quarter-Final they gave a tough time to the I-League side Chirag United but eventually lost in the tie-breaker.

This year the team is looking more focused and have signed many players with I-League experience to compete in a better way during the I-League Division 2 campaign. Foreigners slot has been filled up by Enondji Patrick Arol,Cameroon Under-20 International and Abraham Bobby Fanny who had played for East Railways last season in the Calcutta Premier League.

The team has appointed Thupden Rapgyal as the head coach, who is a very respected and a senior coach in Sikkim. Popular amongst the footballers as “Thupden Sir”. Currently the team is training at Gaurds Ground in Gangtok, but next week they will head to Siliguri for the residential camp at the Kanchanjunga Stadium according to the General Manager Jigme Lachungpa.

Things are no doubt looking good at Denzong Boyz FC and if they qualify for the I-League Division 1,football will get a new meaning in Sikkim. As a fan I wish the team all the best for their campaign in the I-League Division 2. They have failed in their attempt last season to join the big boys of Indian Football but the effort is on this year. As we used to cheer our school team when we were kids “Keep on trying never saying dying, pull up together nobodies joking”. So Denzong Boyz keep on trying until the Glory will be yours.

This article was originally posted on my blog  http://lateybhakundo.blogspot.com/