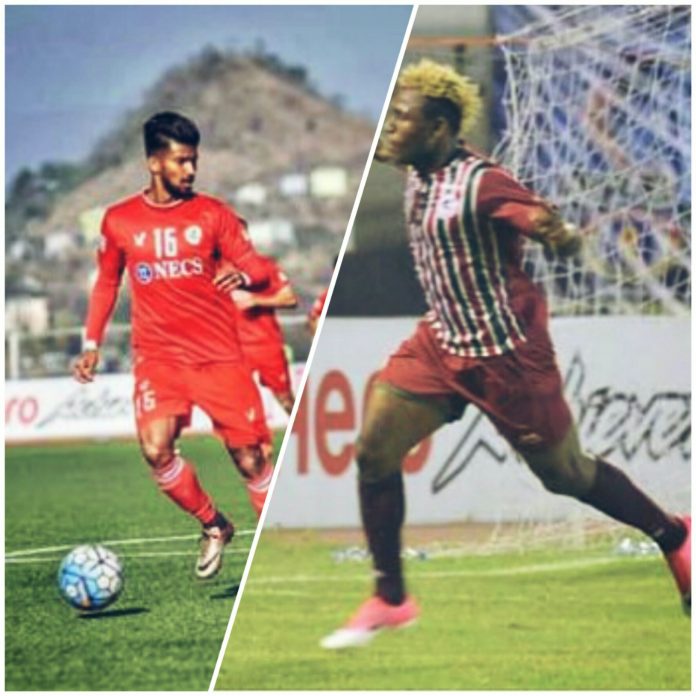 Aizawl are in the cusps of History as Zohmingliana Ralte’s 83rd minute goal gave them a 1-0 victory over Mohun Bagan at the Rajiv Gandhi stadium. Aizawl need just one point from their game away at Lajong to win the title

Early into the first half Daryl Duffy missed a golden opportunity to give Bagan the lead when he was one on one with Albino Gomez who blocked his weak shot. Bagan could manage just one  more shot on target in the whole match

The first half didn’t have a lot of chances and was interrupted twice due to the fog.

In the second half Aizawl were at their best and Mahmoud Al Amna was toiling with Bagan’s defense managing to create a lot of chances. Bagan were nowhere in the game and managed just a weak shot on target

Sony Norde wasn’t at his usual best the Bagan winger was heavily marked by the Aizawl defense who managed to keep him quiet for most of the match.

Aizawl missed a golden chance to seal the title in extra time when Chullova had Bayi Kamo and Al Amna free on the other end but his pass was too long for either of them to reach.

The win gives an advantage to Aizawl who just need a point against Shillong Lajong to script history and become the first ever Northeastern team to win a national title.