Aizawl FC host Mohun Bagan on Saturday at The Rajiv Gandhi Stadium in a match that can be the title decider of 2016-17 season of the Hero I-League. Mohun Bagan just need a win to clinch the title while Aizawl need a win by a margin of 2 goals to seal the title this weekend.

Both Mohun Bagan and Aizawl have 33 points in 16 games but Bagan are ahead on the league table due to a better head to head ratio this season. A draw would give Bagan an advantage as they would take on Chennai City at home while Aizawl would play Shillong Lajong away.

Khalid Jamil’s men come into this game buoyed by a typical gutsy win over a stuttering Churchill Brothers and will be looking for all 3 points as they look to come top above the more illustrious Kolkata clubs. Mohun Bagan on the other hand come into this game from a 1-0 defeat against Maziya in which they rested several important players

Aizawl boast a great home record this season with 7 wins a draw in their 8 matches while Mohun Bagan come into this game with a relatively poor away record of 2 wins 5 draws and a defeat in 8 away games managing only 5 goals.

Another advantage for Aizawl would be their home support. The game was sold out 2 days before the game and more than 10,000 fans are expected to attend the game. The passion of these fans would certainly boost Aizawl FC to continue their fairy tale run and clinch the I-League

17 goals have been scored in 4 meetings between these two teams and we can expect this match too would be no short of goals.

Mohun Bagan have a better head to head record against Aizawl winning 3 and losing 1, But the last time these teams played at the Rajiv Gandhi Stadium Aizawl win the game 2-1 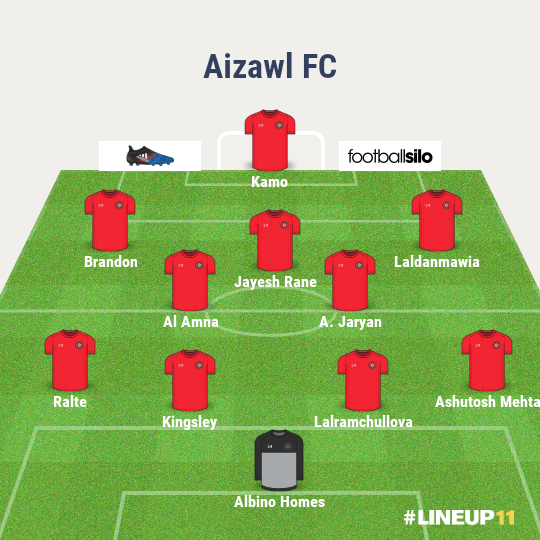 Aizawl plays 4-5-1 with Kamo as a lone forward upfront ,Albion Gomes will guard the post alongside Kingsley,Ralte and Mehta in the defense

Midfield would be lead by experienced Mahmoud Al Amna with Jayesh Rane,Barndon Valremdika and Laldanmawia playing behind the striker 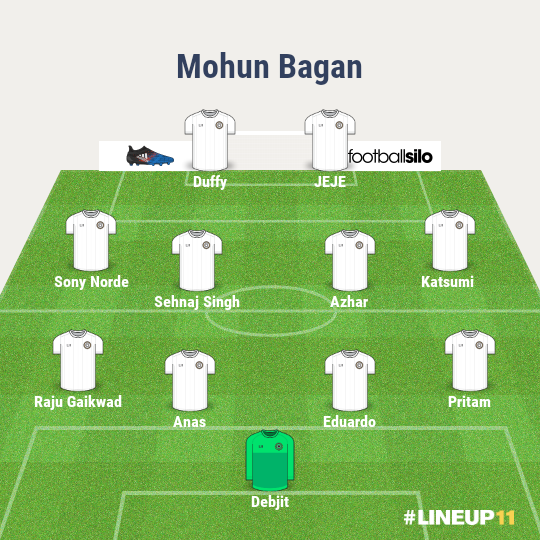 Bagan play a 4-4-2 with Duffy and JEJE upfront the midfield will be lead by Norde and Katsumi Yusa, Eduardo and Anas play at the center of defense while Debjit Majumdar will guard the post

Mahmoud Al Amna – The Syrian has been one of the best players in the league and his performance has been key to Aizawl’s success this season,creating chances and chipping in with a few important goals. Khalid Jamil would expect him to be at his best against Bagan this Saturday.

Jayesh Rane – He has been a revelation this season for Aizawl playing at different positions in midfield. Aizawl need a win with a margin of 2 goals to seal the title this weekend and Rane’s performance would be key for them to achieve that.

Sony Norde – Sony Norde has been Mohun Bagan’s best  player in the last 3 seasons. His current form would be a boost for Mohun Bagan in their quest to win a second league title in three years

Debjit Majumdar – Debjit has pulled some fantastic saves this season and was instrumental in keeping Bagan’s in the title race.