After an eventful week in which Mohun Bagan saw their AFC Champions League dreams end and controversy arose over the squad for the South Asian games, we return to the domestic league, the I-League, for Round 6. Bengaluru FC enter this round in first place but Mohun Bagan, the current second place side, have a game advantage over the Bangalore side. This round will also see a brand new Maha derby between Mumbai and DSK Shivajians, while Salgaocar will have a break.

The round will start on Friday when East Bengal host Aizawl at the Barasat Stadium. Aizawl have experienced an up-and-down season so far in their debut season but recently drew with Salgaocar away from home. East Bengal meanwhile will have some extra steel in their defense, with Bernard Mendy finally arriving in practice for the red-and-gold. He might be fielded as an attacking medio by East Bengal coach Biswajit Bhattacharya as indicated by his last practice season. The addition of Mendy is a welcome sign for East Bengal after losing to Bengaluru FC in their last match. 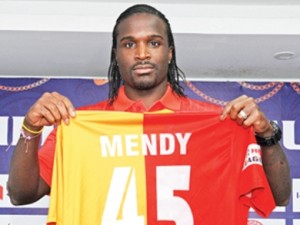 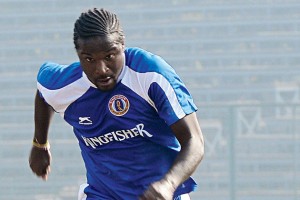 Saturday will see only one match between Bengaluru FC and Sporting Clube de Goa. Bengaluru FC are currently at the top of the table and will hope to stay on top by the end of the round. Michael Collins, the midfielder expected to replace the injured Josh Walker, will hopefully make his debut while playing in front of the home fans. Sporting Goa meanwhile come into this match after losing their previous match to Shillong Lajong away from home. Costa’s men will hope to change that and gain their second result of the season.

Sunday will be the day of the Maha Derby. DSK Shivajians will host Mumbai FC, a club that has started the season undefeated and with a win could jump up to second place. This is the complete opposite of the situation with Derrick Pereira’s men, who find themselves entering this round in complete last place. This will only be their second home match of the season after losing their last one to the reigning champions 2-0. Can DSK Shivajians change their season here or will Mumbai prove supreme in the first edition of the brand new Maha derby?

The round will officially conclude on Wednesday with Mohun Bagan hosting Shillong Lajong. It has been an event filled time for Bagan recently, with the recent champions participating in the AFC Champions League play-offs. After getting through the first-round over Tampines Rovers, the club saw their run end when they were defeated in China by Shandong Luneng. For Mohun Bagan though this could prove good for them as they can now focus on defending their title while playing in the AFC Cup group-stages. Shillong Lajong on the other hand will enter this match in good spirits, on a two match winning streak after defeating Sporting Goa in their last match. Can Thangboi Singto’s men cause trouble for the reigning champions or will the experience gained in China spur the Mariners on? 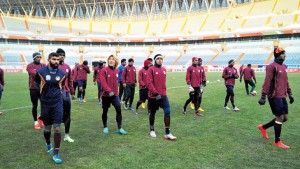 About Rohan – University student from United States. Took an interest in Indian football from 2009 and is a fan of Premier League side Arsenal and the New York Red Bulls of Major League Soccer.