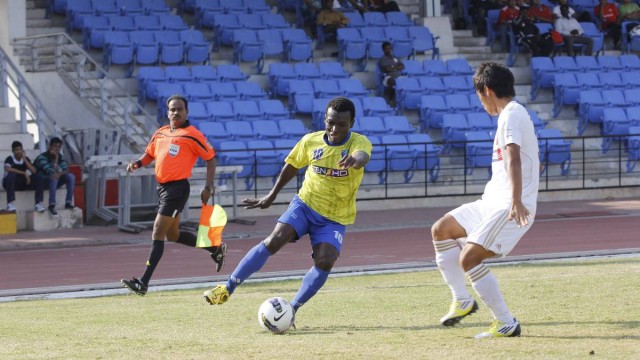 In our series of I-League Team Previews, we bring you Mumbai FC Team 2015-16 Season Preview written by Acham Thavirthan.

Mumbai FC is coming from a tough season being in the mix of relegation battle for longer time. Thanks to their late surge and close table in the bottom half ended up as the best of bottom half finishing in top 6. Mumbai FC have then on rebuilded their squad with quite a few changes in both Indian and foreign section.

Coach: Khalid Jamil – Dream coach for club whose ambition is to survive the league with limited budget. He has proved that time and again that he can get results even during the hard time. Given the squad strength of MFC team this season, this could be the season where he could prove that he can make his team play good football and still gets results.
Follow @MumbaiFCFans

Goalkeeper: Goalkeeping department had been the most unstable position of last season where all three goalkeepers had been rotated during the course of time. With signing of Pawan kumar – I-league winner with BFC, things could be changed for good with some stability in the position. But, Sanjiban Ghosh who had been in and around the NT pool shall try to seal the position for his NT aspirations making this one of competitive yet unstable position once again. Though, Jamil would like to have one solution this time around.

Defenders: This season, MFC will have new look in every department and defense in no different with Ashutosh the one player expected to be part of staring XI from last season in Right back. First choice pairing of Min-chol Son and Anwar Ali is expected to the first choice with their experience in the league expected to give a strong defense. Allen Dias will be another local lad expected to start in left side of defense. Thiyam signed from TFA is expected to provide cover at the back along with Ex-pfc player Ramu and Clyde for Wing-back positions. The inexperience in the bench could come haunt the club’s aspirations in case of injuries during the season.

Midfielders: The most experienced department of the side this season is their midfield with Pradeep and Taisuke expected to start at the center with Eric Brown and Arata to rotate in the front of the 3-man midfield. Asif and Darren are expected to provide backup option if needed with Hitesh Sharma another TFA product expected to fight for place in bench.

Forwards: Mumbai FC went for perfect mixture of Experience and youth in the attacking department with the signing of the likes of Steven, Metei, Karan and Sushil.  Having proven his worth last season with a string ISL, Jayesh is expected to start from the right wing, with Steven expected to start from left. Cletus Paul and Metei might have different ideas who are coming after strong local league will try to take push for a spot in starting lineup in the wings. Former J-league 2nd div player Ryuki Kozawa will lead the attack for the season with Karan Shawney and Sushil singh providing much needed depth in the attack.