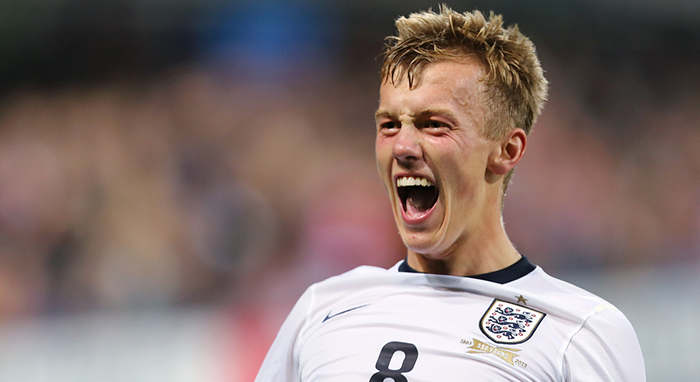 Its easy to mistake Saints youngster for Premier League midfielder in his mid-20’s plying his trade in Champions League spots challenging Southampton. However, the 20 year old is still only a raw talent with enormous potential. With a right foot that sends the best of defences into chaos through set-pieces, Saints boss has found his young English midfielder the perfect role behind the number 10. With 67 Premier League appearances under his belt already, Ward-Prowse is an experienced campaigner according to Premier League standards. Running the game for the under-21’s; Ward-Prowse dreams of leading his national side like his idols Beckham and Gerrard one day; if he shows the quality he has shown so far consistently, there is nothing that could possibly get in his way. Already ear-marked as one for the Future, clubs across the country are keeping tabs on the youngster waiting to pounce to secure his services. In an unfortunate injury-hit season, the youngster has set up 8 goals in his 18 appearances. To top it all off, Ward-Prowse famously does a Steven Gerrard impression that even the man himself would be proud of.