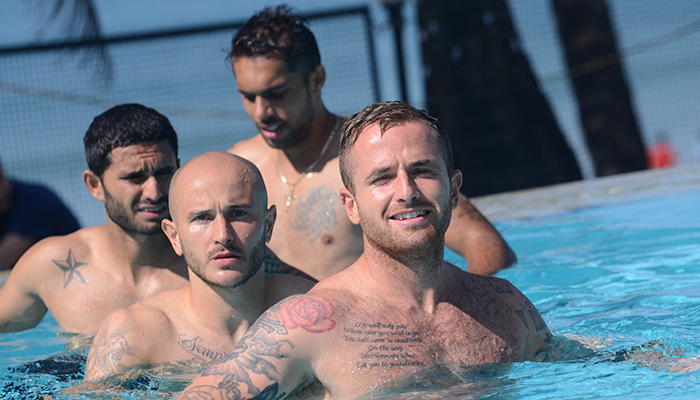 In a game replete with trivia, Bengaluru FC will be up against home side Dempo SC and the odds as Ashley Westwood’s team chase their first trophy of the new season in the Federation Cup final to be played at the Nehru Stadium, in Margao, on Sunday. The two teams churned out consistent performances through the league games and without surprise, topped their respective groups not having dropped a game.

They stuck to the script in the semifinals where Dempo beat Salgaocar 2-0 only for Bengaluru to follow it up with a 3-0 result against Sporting Clube on Friday.

Interestingly, Bengaluru FC’s date with history last season was kept with a 4-2 win against Dempo at the same stadium. Talking about the stadium, Bengaluru haven’t lost in the three games they have played on the Nehru turf but Westwood refused to make too much of the record. “History means nothing in football. I’m sure they won’t be looking into it and neither will we,” said the gaffer.

The Blues have put in consistent performances over the last two weeks and the 3-0 show against Sporting was the club’s third clean sheet in the competition. John Johnson and Curtis Osano have been stuffing out attacks without much ado while Rino Anto and Keegan Pereira haven’t wasted the chance to bomb down the flanks, joining in attack.

The attack front throws an interesting sub-plot where Sunil Chhetri has been going toe-to-toe with Dempo’s Tolgay Ozbey in the race for tournament top scorer. The duo are on five goals each and will look to increase the tally on a stage that’s perfectly set up for them to shine on. Like their top scorers, the teams too have been on an even keel – stingy at the back, creative in the middle and lethal ahead – signs enough to tell of the final being an open affair.

“We are pleased to be in the final. It was our aim before the tournament started. We’ve worked hard pre-season and throughout the tournament to get ourselves in this position. Dempo are a good, very attacking side who I’m sure will come and play to win. They have youth, energy and pace in the side and it bodes well for a very entertaining game. We will be doing our best to maintain our consistent performances,” said Westwood on the eve of the big clash. The game kicks off at 4 pm and will be telecast live on Ten Action.