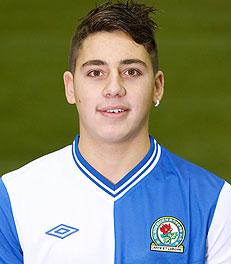 Edinho Junior, who has made two appearance for Rovers this season, has been allowed to move to the Indian I-League club on loan till the end of this season. Edinho Junior is a product of Portuguese club S.C. Olhanense, and was rumored to have interested Scottish giants, Celtic. However, he was signed by Steve Kean for Venkys’ Blackburn Rovers in July last year.