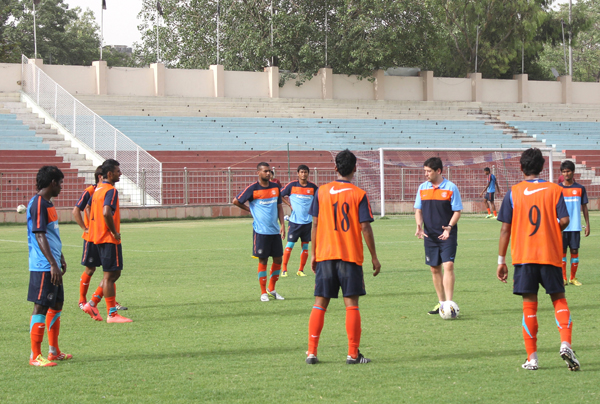 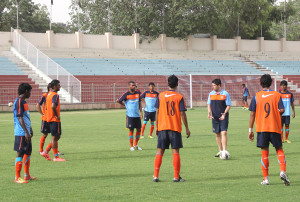 Indian Football Network contacted Indian u22 head coach, Mr. Arthur Papas before the India u22 vs Lebanon U22 match.

Talking about the Lebanese team, Mr Papas says that little is known about them.

In terms of facing Lebanon it’s really a matter of facing the unknown, we have received very minimal information and on a personal level I would say this is the first time I coach a game knowing so little about the opponent and it’s a new experience but not one I am fond of.

However, having to play an unknown entity does not deter the team anyway. Rather Mr. Papas sees it as a learning curve for the team. This way the youngsters will learn how to adapt quickly in such situations and improve their skills in gauging the opponents.

As a group we will need to be adaptable and be able to react quickly to what approach the opponent delivers both tactically and psychologically. From a development point of view this is a positive because the players need to learn to read game situations quicker as they unfold and find solutions.

Meanwhile, the flamboyant coach has  surprised a few fans and surely the Lebanese team with the Indian XI for the Lebanon match :