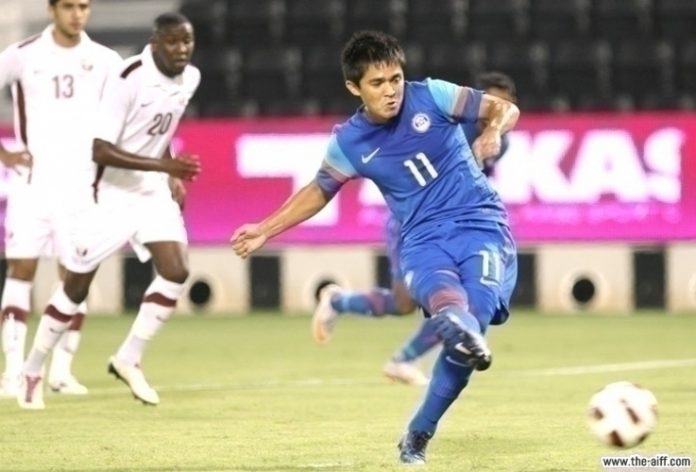 India are a week away from facing Thailand in their opening game of the 2019 AFC Asian Cup in Abu Dhabi. We look at three players barring Sunil Chhetri who will be key for India in Asia’s biggest footballing event.

Apart from Chhetri Gurpreet Sandhu is the only player who has any experience of being in the Asian Cup as he was Subrata Paul’s understudy in 2011 Asian Cup.

Gurpreet will be very vital if India wants to impress in the Asian Cup. Considering the fact that three of India’s back four Sandesh,Anas and Pritam are having a very poor run of form Sandhu will have a lot of responsibility in his shoulders to prevent India from conceding a goal.

Stephen Constantine tactics are simple defend for life and on the counter play the ball to your fast wingers who will try to create chances for you. Udanta is certainly the fastest Indian footballer and has a great end product.

He has established himself as a starter at India and has won the trust of Stpehen Constantine which many perfoemers couldn’t. A lot will be expected from the youngster from Manipur to help India create chances on the counter attack.

This might be surprisng for many but I feel Anirudh Thapa would be most important player for India in the Asian Cup. Box to Box midfielders of his calibre are a rarity in Indian Football. People who have watched Thapa in the youth level would know how capable he is. He is some one who has good mobility and is skilled at both defending and attacking.

Thapa might be having a poor run of form at this moment with his club but Stephen Constantine would be expecting the midfielder to come good in the Asian Cup.