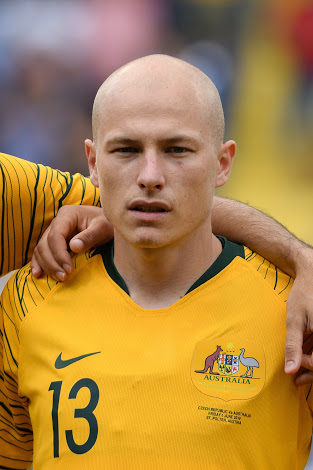 The AFC Asian Cup 2019 starts on January 5th. With a week left for the tournament to start we look at 5 players who will miss the tournament due to various reasons.

Daniel Azrani was the youngest player at 2018 FIFA World Cup. The 19 year old joined Manchester City and was loaned out to Scottish giants Celtic FC. The youngster was unfortunate as he injured his ACL in his first appearance for Cletic which resulted in him missing the Asian Cup.

Syrian captain and one of their most experienced professional Firas Al Khatib will miss the Asian Cup due to an injury. The 35-year-old plays for Kuwaiti club Al-Salmiya and has scored 29 goals in 69 appearance for his country.

Thai captain and their number 1 goalkeeper Kawin Thamsatchanan recently suffered a leg injury which has ruled him out of the Asian Cup. Kawin plays for Belgian 2nd division club OH Leuven and has been the War Elephants no 1 keeper for last 5 years.

Nam Tae-Hee was one of shocking exclusions from South Korea’s 2018 World Cup squad. The attacking midfielders is considered one of Best players playing in Qatar league. He made his comeback into the national team after the World Cup making instant impact and scoring goals against Uzbekistan and Costa Rica. The 27-year-old who was expected to be starting for South Korea in the tournament has been ruled out due to a knee injury.

Over the last 3 years Li Xuepeng established himself as one of China’s most consistent defender. The 30 year old has now been ruled out of the Asian Cup due to an injury.

Shinji Kagawa is often considered as one of best Asian footballers of this generation. The Japanese star who had an amazing world cup has been sidelined by his club Borussia Dortmund and is not even allowed to compete for a spot in the team line up. This resulted in the Japnese manager dropping him from the Asian Cup.

Considered as one of Iran’s brightest young talents and their youngest goalscorer Saeid Ezatolahi had a decent start to his season at Reading. The midfielder injured himself while playing for the national team and failed to recover in time for the Asian Cup.

Aaron Mooy is currently Australia’s best footballer. The central midfielder had a great start to the season in the premier league for Huddersfield Town but suffered a medial ligament injury at the start of December resulting in him missing the Asian Cup.

Omar Abdul Rahman of UAE who is considered as one of best current Asian Footballer and Ali Al-Habasi of Oman who is one of Best Asian goalkeeper ever are a few players i missed.