Spanish FA have appointed former ATK manager Jose Molina as their Director Of Football alongside former Luis Enrique who was appointed as the Head Coach. Jose Molina managed ATK during the 2016 season of the ISL helping them win the title beating Kerala Blasters on penalties at their home.

Molina was a goalkeeper who is famous for his stint with Atletico Madrid, He has also represented Spain 9 times. 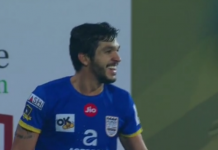 Have ATK Drained Their Salary Cap ?