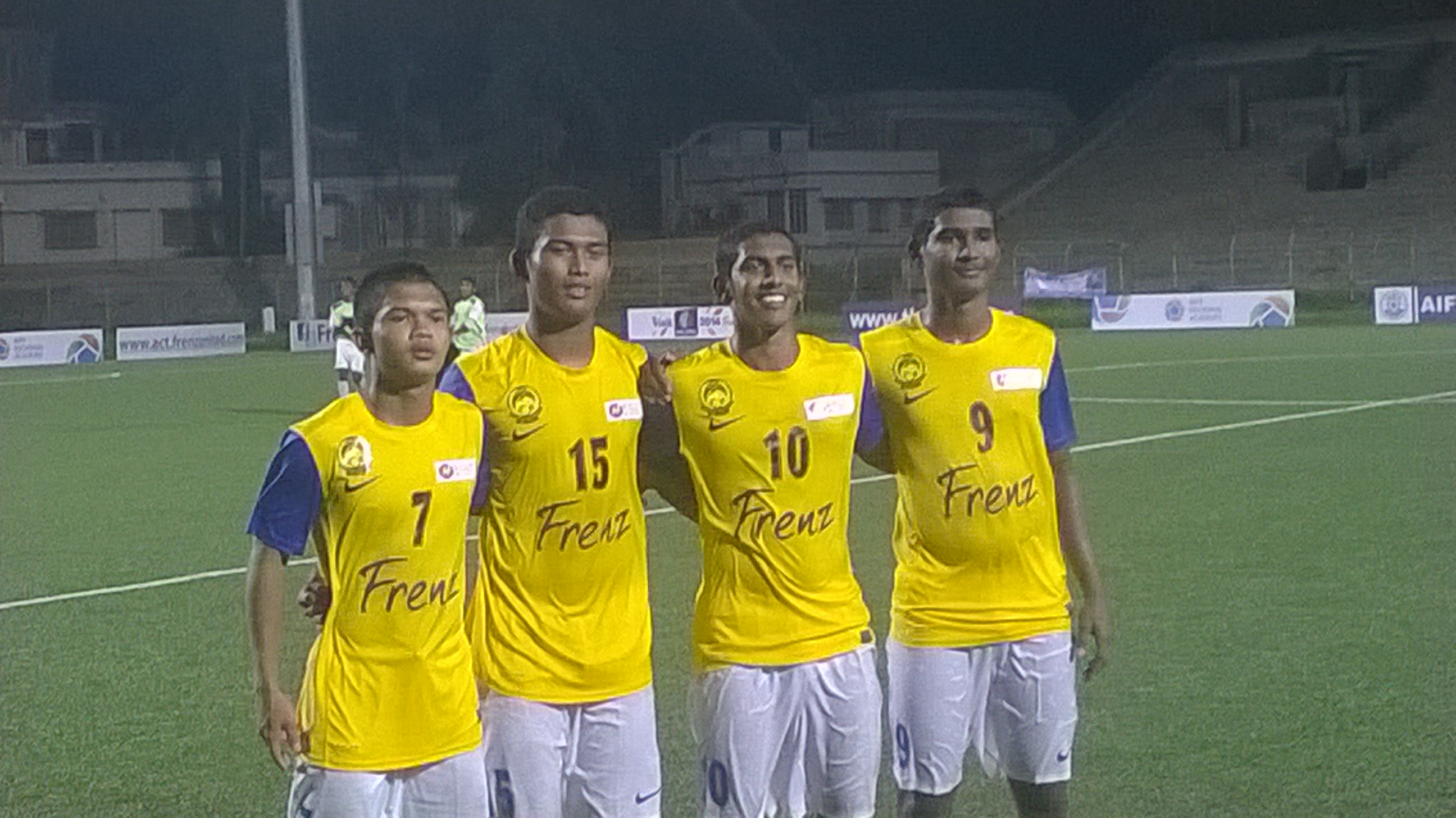 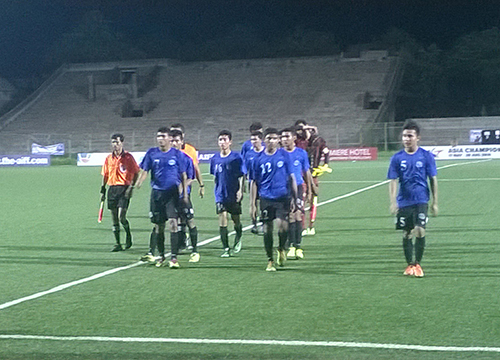 Kolkata — The City of Joy — has been my home for quite sometime, as I completed my graduation degree in this football crazy city. Before coming to Kolkata, I always dreamed of visiting the various stadiums in and around Kolkata for football matches.

On Saturday 7th June 2014, a glorious opportunity came knocking on my door as I along with a few of my friends visited the Barasat Stadium.  The match in question is between AIFF XI (India u16) and Harimau Muda (Malaysia U16) teams in FAM-ASIAN Champions Trophy U-16. I had missed a few matches thanks to my final semester exams but I was never going to let it go (as this might be my last chance for a few months unless I find a job in Kolkata).

After fighting out in the local train for half an hour, I barely managed to reach the stadium before kickoff. I was pleased to see both team line up outside of the tunnel with India stripped in Blue and Black while Malaysia in Yellow and White.

With  only small defeat (0-1) for the Blue Cubs in the away fixture against the same opposition and a draw in the last match against a Vietnamese outfit, expectations were that India would be able to nick away a result in this home game. But what happened afterwards was no less than a thumping (India lost 3-6).

As soon as the match kicked off, we could see that the Malaysian team had one thing in mind that is to attack and score a goal. After scoring an early goal, they were quite happy to sit back and attack on the counter. But as the results suggest it wasn’t total domination from Malaysia but they made sure that every Indian mistake was punished.

Indian youngsters tried to survive early pressure before going to attack but their tactics didn’t work out as every mistakes was duly punished by the opponents. The Malaysian players pressed well inside their own half forcing mistakes from the Indian players. Indians were forced to shoot from distance as the defence worked as a synchronized unit. The Blue Cubs also showed their inexperience when they rushed their chances many times, when in a promising situation.

The performance of Kyntiewshaphrang Kharluki (Keke) and Prosenjit Chakraborty were worthy of mention. After coming on as a substitute Nuruddin also tried hard to influence the match but to no avail.

With the entry free for the match, more crowd would have been appreciable. But even those who came are unlikely to return as the fans were not pleased by the home team and started to crack jokes about the team. But these didn’t dampen the young player’s determination as they went on till the final whistle. Senior player such as Shouvik Ghosh, Shilton Pal, Subodh Kumar were present in the stadium to encourage the young boys.

The experience shall sure help the young boys as they motive themselves for a set of tricky away fixtures.