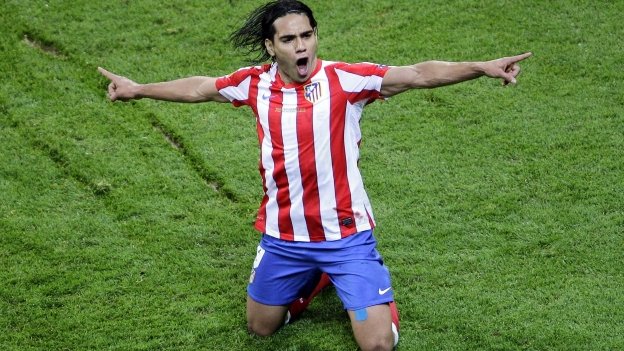 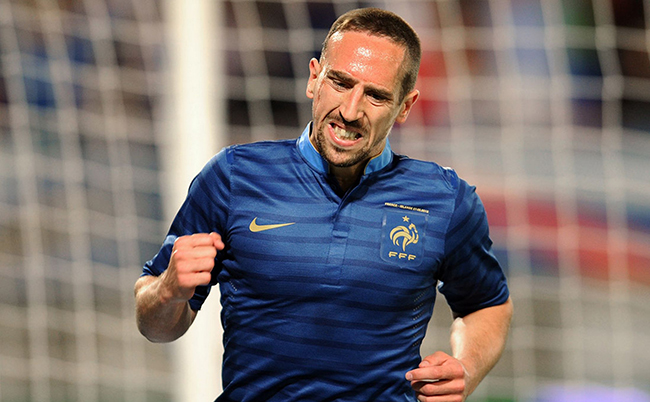 Ballon d’Or Bronze medallist – Franck Ribery was one of the latest victims. The Bayern Munich winger was supposed to lead his side’s charge in Brazil after enjoying a brilliant season under Pep Guardiola in Germany. 16 goals and 15 assists in 39 games meant that the French wing-wizard was in good form as he headed to Brazil. However during the training leading up to the showdown in Brazil, Ribery aggravated a niggling back injury that meant that the tricky French winger was sent back home packing without even boarding the flight to Brazil. The 31 year-old former Marseille man was one of coach Didier Deschamps star attackers in a line-up that struggles to score goals.

English winger Theo Walcott was their youngest ever player to feature in the World Cup in Germany, 2006. Taking the whole nation by surprise then manager Sven Goran Erickssen named the young winger in his squad. Having helped England qualify for the World Cup finals in South Africa, then England manager Fabio Capello shocked the nation by excluding Theo Walcott for the World Cup. A stellar season for club and country meant that the pacey Arsenal wide-man would finally make it to the World Cup but injury struck in the win over rivals Tottenham as Walcott was stretchered during the game. It was later understood that he suffered from an anterior cruciate ligament rupture in the knee that would mean the 25 year-old Walcott would yet again miss the World Cup.

AS Monaco centre forward Radamel Falcao was supposed to carry the hopes of his nation on his shoulders through the World Cup. The former FC Porto frontman joined the nouveau-riche Monaco side in Ligue 1 for a staggering 60 million Euros in July 2013. The feisty Columbian netted 11 goals in 19 games before suffering what is now seen as Columbian Football’s most ill-timed injury ever. Having suffered a serious torn ligament in his left knee in January, Falcao almost certainly seemed to miss out on the World Cup. However, in weeks to come it appeared like the star striker was recovering faster than expected. He posted news on his twitter handle of going for long runs and hope grew. Even Columbian Coach José Pékerman said that he would “wait for Falcao until the last day, the last minute.” However, as the Football World realized in the past few days after the Columbian squad was announced, that the prolific Falcao will certainly miss the World Cup in Brazil.

Bayer Leverkusen skipper Lars Bender is one of the lynchpins of his club side and having established himself in Joachim Loew’s team over the past couple of years was destined to play an important role for the Manschaft in Brazil. The gutsy midfield man clocked up 39 appearances this season for Bayer Leverkusen and was one of the driving forces behind the German club’s turnaround this season. However disaster struck as the 25-year-old who netted 4 times in 17 international appearances, picked up a “combined” muscle and tendon injury in his right thigh in training while at the national camp. Disappointed and dejected, Joachim Loew had to send the Leverkusen skipper home from Germany’s training camp in northern Italy.

29 year-old AC Milan skipper Riccardo Montolivo was all set to take his place in the Azzurri midfield alongside Pirlo, De Rossi and Marchisio; just like the Euro of 2012. However during a friendly fixture against Ireland the former Fiorentina man came off second best in a 50-50 tackle. Having been immediately substituted, Azzurri boss Cesare Prandelli later revealed to the media that his creative midfielder suffered a tibia fracture and would not be able to take part in the World Cup. Heart-broken Montolivo was left at home in Italy as Prandelli and his squad took off for Brazil. 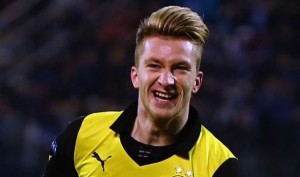 Germany head into the World Cup with just one recognized striker – Miroslav Klose in their squad. Joachim Loew has put his faith Germany’s young stars to make up for the obvious lack of strikers. Marco Reus of Borussia Dortmund was expected to be the main man in attack for the Germans in Brazil. The faultless Reus performed brilliantly all season under Jurgen Klopp at the Signal Iduna Park with 23 goals and 23 assists in 44 games. The ‘skank’ as his team-mates call him lead the German attack in the friendly against Armenia on Friday night. However, 2 minutes from half-time Reus was at the receiving end of a 50-50 tackle in the middle of the pitch. Having been carried off the pitch, Reus looked in quite a lot of pain. It was later realized that Reus suffered ligament damage in his left ankle. The hopes of German fans were dented when reports suggested that the Dortmund man was not going to make the flight to Brazil and was rumoured to be replaced by defender Shkodran Mustafi.

Jay Rodriguez of Southampton had just 1 England cap to his name prior to the World Cup and that came in November, 2013. However, such was the form and consistency shown by the former Burnley man that Roy Hodgson had his eye on the Saints attacker as he shortlisted his squad for Brazil. 17 goals and 3 assists in 33 appearances in the past season meant that Rodriguez had a strong case to make the cut for Brazil before injury ruined his chances. Jay Rodriguez suffered a cruciate ligament rupture in his right leg during Southampton’s trip to the Etihad to face Manchester City. The young attacker’s hopes of representing his country were ended as he realized the extent of his injury.

Another Bayern Munich player will be missing out on the World Cup in Brazil. Spanish playmaker Thiago Alcantra who signed from FC Barcelona for Bayern Munich for a sum of 22 million Euros will miss Spain’s title defence in Brazil due to a intra-articular ligament cracked knee. The Spaniard enjoyed a decent season under Pep Guardiola having won the Bundesliga by a comfortable margin over second-placed Dortmund. Spain, however, will sorely miss Thiago’s presence and quality in a midfield that quite surely is playing their last World Cup. A big miss for the defending champions

Lyon’s midfield maestro Clement Grenier was a fixture of his clubs side this season. Having established himself as one of the best central midfielders in the country, Grenier was on his way to Brazil with the Les Bleus until unsurprisingly, injury halted his charge. Having just regained fitness after missing Lyon’s run-in, Grenier looked fit all camp until Thursday when the Lyon midfielder suffered pain in his right abductor. It was later realized that a thigh injury to the midfield man was the cause. With the doctors revealing that he wouldn’t be able to fit in time, head coach Didier Deschamps decided to take a call and drop Grenier.

Holland’s most experienced player Rafael van der Vaart was ruled out of the World Cup in Brazil last Tuesday due to a calf strain in his right leg. The former Real Madrid play-maker was one of the few remaining squad members who were part of the team that played in South Africa last World Cup. The veteran playmaker will be a huge miss to a relatively inexperienced Dutch side. Holland have already been hit with injuries to their key players with Roma’s Kevin Strootman and PSG’s Gregory van der Wiel set to miss the World Cup. An inexperienced side at a major international tournament, the task couldn’t get any tougher as they Dutch face defending champions Spain in the opener.