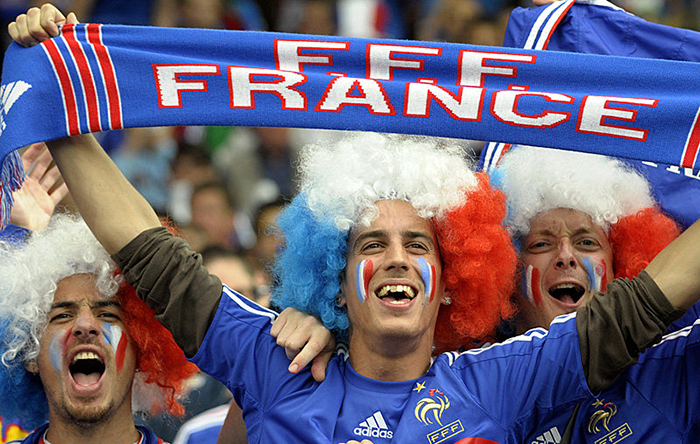 “No one can erase 2010,” said Les Bleus Boss Didier Deschamps, “there will always be a future and a past.” France head to Brazil with two very distinct shadows over the minds of the players and fans. The glory and unity of 1998, when a single-minded, united and determined team triumphed at home on the back of some voracious crowd support and the debacle of 2010, when a disjointed side tore itself apart and came back home bringing national shame and as a joke in the eyes of World Football.

Vary of the importance of Unity in the squad, Deschamps has placed importance on Character instead of skill, talent and big-names. “It always comes down to state of mind, and I have to ensure that,” Deschamps spoke to the press just before announcing his squad. “All the difficulty comes in creating that collective state of mind and, above all, to preserve that balance for the duration. It’s so fragile. That spark can come on quickly, but it can go out quickly too.”

Without naming Manchester City’s Samir Nasri in particular, Deschamps was very clear that he would pick the squad that would work best as a unit. “We must make sure everyone stays focused on the collective project, from the beginning to the end,” he said. “We can’t have mini-groups.

“You don’t choose a squad of 23 for a World Cup as you would for a friendly or for qualifiers. You don’t pick the best 23 players. It’s important to have people ready to create that collective state of mind. My job is to see that no one can endanger the balance of the group.”

Having already named his squad last month, Deschamps had to address to injury concerns within his squad before finally listing his squad.

Reports ahead of the weekend friendly versus South Americans – Paraguay on Sunday stated that talisman Franck Ribery could be doubtful for the World Cup finals in Brazil after failing to fully recover from a niggling back injury. Immediately playing down the fear of losing his star man ahead of the opener Deschamps said after the Paraguay game that he hopes that the Bayern Munich winger will get some game time in France’s final warm-up match against Jamaica in Lille.

The only change made to the squad that Deschamps announced on May 13th was that of goalkeeper Steve Mandanda missing out on the trip to Brazil after suffering from an injured neck while playing in Ligue 1 for Marseille. He was replaced by Stephane Ruffier of St. Etienne.

The exclusion of high-profile players like Samir Nasri and Gael Clichy may have caused a stir in some of the Les Blues faithful but as long the former Marseille boss keeps delivering the results there’s very little that anyone can complain about.

Led by the ever dependable Hugo Lloris in goal, the French will look to drastically improve on their showing in South Africa 4 years ago. Providing cover for the Tottenham Hotspur shot-stopper is veteran Mikael Landreau from Bastia and Stephane Ruffier of St. Etienne, both of whom play in the Ligue 1.

Opting for form over past exploits, the French boss Didier Deschamps has opted for the in-form Blaise Matuidi of PSG along with his team-mate and former Newcastle schemer Yohan Cabaye. Rio Mavuba of Lille, Clement Grenier of Lyon and Newcastle United’s Moussa Sissoko will provide Deschamps with the freedom to chop-and-change his tactics and also provide legs in the heat of Brazil. However, French fans across the world have their eye on one Paul Pogba from Juventus to make a real impact at the World Cup. The Manchester United Youth product is arguably one of the most exciting midfield prospects in the World. Comfortable in a defensive role as well as higher up the pitch, Pogba’s athleticism and technique will be a delight to watch this campaign. Didier Deschamps has very boldly left out Manchester City’s 24 million pound playmaker Samir Nasri citing him as a disruptive influence in his squad. Among other notable absentees, Yoaan Gourcuff of Lyon and the suspended Yann M’Villa of Rubin Kazan didn’t make the cut.

French fans will hope that their Ballon D’or bronze medallist Franck Ribery will shoulder the burden of goal-scoring and create opportunities for the likes of Arsenal’s Olivier Giroud and Real Madrid’s Karim Benzema. Loic Remy of Queens Park Rangers will provide more than just cover for Deschamps as and when called upon. The French Boss also has to his disposal the attacking talents of Antoine Greizmann of Real Sociedad and Mathieu Valbuena of Marseille. Newcastle United’s Hatem Ben Arfa misses the flight to Brazil.

The French side that was famously ridiculed by its own media as the worst French side in years following their humiliating first-leg defeat at the hands of Ukraine in the FIFA World Cup Play-off, soon earned the respect of the Football world. As Didier Deschamps masterminded a turnaround in the second-leg which resulted in a resounding win for the Les Bleus taking them to Brazil. Considered aptly as an unpredictable outfit, it will be very interesting to see how Deschamps’s squad full of respected professionals perform as a Group in the heat of Brazil.

Read : Why is Iranian Messi in news?