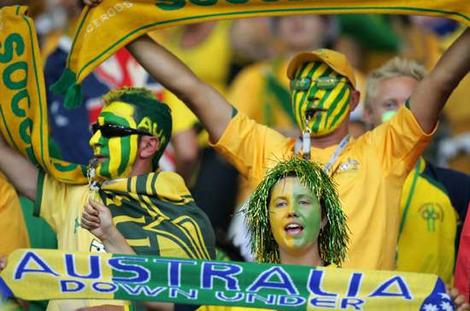 The curse of the witch doctor

Among the most famous football related curses, the Socceroos’ curse of not qualifying for the World Cup has been one of major talking points down under for the latter part of the 20th century. As narrated by Johnny Warren in his autobiography – ‘Sheilas, Wogs and Poofters (2002)’. While in the tropical country of Mozambique preparing to go up against Rhodesia (now, Zimbabwe) the players of the Socceroos’ squad consulted a tribal witch doctor to seek help to overcome the Rhodesians as they bid to qualify for the World Cup in Mexico, 1970. The witch doctor was promised £1000 by the team if the results were to swing in their favour and it did. The Socceroos went on to beat Rhodesia 3-1 in the decider but never paid the witch doctor the promised sum. In retaliation, the witch doctor cursed the team and the Socceroos failed to beat lowly Israel and lost qualification to Mexico, 1970.

The curse was used as an explanation for last game defeats in qualifications in 1994, 1998 and 2002. The curse was spoken off in the highest regard when the Aussies squandered a 2-0 lead in the second half of the final game of qualification for the 1998 World Cup. However in 2004, John Safran lifted this dreaded curse during his TV series John Safran versus God. The legend says that after reading Warren’s autobiography, Safran made his way to Mozambique, caught hold of a new witch doctor in order to reverse the curse. And the following year, the Socceroos qualified for the World Cup in Germany 2006.

Read : France depending on team cohesion rather than big names

Having been released from the supposed 32 year-old curse of not making the World Cup in Germany 2006; the Socceroos have successfully made to consecutive World Cups in South Africa and now, Brazil. However, the Aussies do have one foreign community to thank for the World Cup qualification and its chances instead of the other way around. Although people hailing from Croatian ancestry make up less than 1 per cent of the Australian population, the Croat-Aussies play a very crucial role in the A-League with nearly every Aussie Soccer Club having a player of Croatian roots if not more. Among those travelling to Brazil, Captain Mile Jedinak is joined by Matt Spiranovic, Eugene Galekovic, Ivan Franjic, Oli Bozanic and Dario Vidosic as the Australians with Croatian heritage.

Socceroos’ Coach Ange Postecoglou has selected a relatively inexperienced squad. Postecoglou, who replaced Holger Osieck at the helm of Aussie football last October and set about chopping and changing the squad as he saw fit has promised the fans that his team will not be looking to stay put outside their box for 90 minutes and try and grind out results. The boss takes pride in his side’s attacking style of play and says that’s the way they are going to play even in Brazil despite coming up against the like of Spain, Holland and Chile.

Veteran midfielder Mark Bresciano will be playing in his 3rd World Cup for the Socceroos and midfielder will play a very crucial role in the new attacking set-up of coach Ange Postecoglou. Speaking to the media in support of the brave, new attacking style Bresciano said, ‘If you go with that mentality of parking the bus, eventually you’re going to lose the game because the game does go for 90 minutes and teams will eventually break you down,’.

The 34-year-old former Empoli, Parma, Palermo and Lazio midfielder Bresciano, who has netted 13 goals in 73 appearances for his country, reassured anxious Aussie hopes saying that he would be back in training in three or four days time having battled injury concerns after a back problem forced him to miss Monday’s 1-1 friendly draw with South Africa. Confident in his team’s abilities the gritty midfielder said, ‘I think if we are going to have any chance to get a result, we have to attack and try and hurt them.’

The squad taken to Brazil by Postecoglou does lack some of Australian football’s biggest names but its not short on merit as the former Brisbane Roar boss tries to leave a mark on the World Cup 2014 in Brazil. Since the retirement of veteran Mark Schwarzer, the spot between the sticks as Australia’s no. 1 has been up for grabs. Mitch Langerak of Borussia Dortmund is held in very high regards by most Down Under however, its been Matthew Ryan at Club Brugge in Belgium who has been playing regularly and looks more likely to start between the sticks.

Back in defense is where the transition from Osieck to Postecoglou has seen the most effect. Opting for more ball-playing centre-backs, Ange left out former captain Lucas Neill, 36, and fellow central defender Sasa Ognenovski, 35, for the provisional squad. The likes of Matthew Spiranovic, Curtis Good and Ryan McGowan have been benefactors of the new reign as they were rewarded for regular game-time.

In midfield, Postecoglou has the likes of Mark Milligan and Mile Jedinak to provide mettle in defense and impetus in attack. As seen since his takeover, the Socceroos boss prefers playing 3 attacking minded players behind his front-man who will most likely be former Everton man Tim Cahill or the experienced Josh Kennedy.

Among attacking options, Postecoglou takes a liking to play the direct dribbling Tom Rogic centrally as a no.10 accompanied by 2 pacey wingers. Injury to the talented Robbie Kruse from Bayer Leverkursen has left a spot open down the right flank with Mathew Leckie or Ben Halloran to choose from as Tommy Oar seems like a starter down the opposite flank.

The Socceroos have been put in a Group with defending champions Spain and finalists Netherlands. To make matters worse they face a talented Chile side in their group too. However, the new attacking style adopted by the previously rigid Socceroos will make them exciting to watch. Anything other than defeat in all the 3 group games they will play in Brazil will be an upset. Ange Postecoglou’s boys will be looking to cause a few upsets during their trip to Brazil.