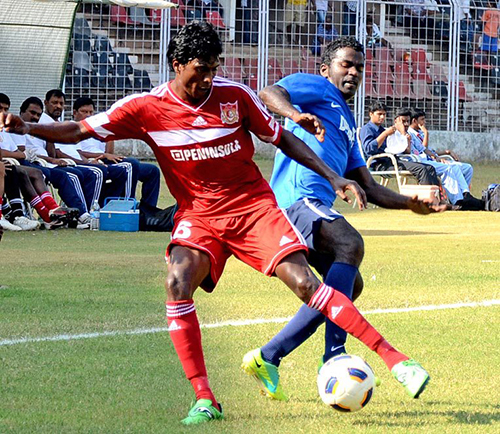 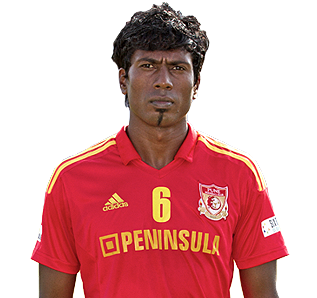 Shanmugam Venkatesh, former captain of Indian football team, has spent a considerable time in Pune FC. He has played under numerous coaches, from Syed Naeemuddin to Mike Snoei. Venkatesh has had his share of glory, winning the national Football League best player award twice (2001, 2003) and AIFF Player of the year (2004-05) . Right now he’s more focused in mentoring junior players and discussing strategies with the think-tank. In the future, he might take up an instrumental role in youth development as well. His mammoth experience will come into play and the prodigies will be benefited for sure. In a chat session with Indian Football Network, the Bangalore football hero shared a lot about his past, present & future plans.

What is your role primarily in Pune FC- A senior player or mentor to the junior counterparts?
First of all, I’m a professional footballer. First & foremost, I have to produce quality performances for my team. Down the line, I have been doing this day in and day out. As days passed, I have grown as a player, have gathered numerous experiences. Now it’s my duty to care of the young prodigies. I have to show the right path, it’s my duty as a senior player. In every single team, seniors follow the same pathway.

You have won National leagues with Salgaocar FC, East Bengal, Mahindra United. Still the I-league is eluding Pune FC. Where are you lagging?
See, Pune FC have come up to 1st division I-League in 2009, just in 2 years after establishment. This is no less than winning the I-League. We became 2nd in 2012-13 season, we are building up strongly. Definitely we’ll triumph it in near future.

What are the basic differences between the then National League & I-League? 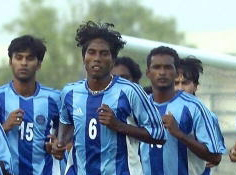 A lot! Mostly positive while a few negative as well. Right now there is a dearth of quality Indian players. You can’t find another Mahesh Gawli, Deepak Mondal in today’s football. Another aspect is professionalism. A tad example is the jersey, earlier players used to wear even Manchester United jersey during practice season. Now, there is much professionalism. There is proper guideline, proper regime. Possibly we are heading towards the right direction.

What made you believe in Pune FC in their starting year 2007?
Yes, the professionalism, the approach lured me. Their approach towards betterment of football attracted me. To be frank, they offered me good. That’s also another point which made me sign for them. In 2007, there was no better platform than Pune FC to start off a fresh career, while I-League was also going to start.

Pune FC almost acquired the I-league under Derrick Perriera, but they went a little astray under foreign coach Mike Snoei. Do you personally favour Indian coach who knows Indian playing condition much better?
Players are the most important component in a team. The coach is the musician who orchestrates his instruments who are playing out at the middle. Mike has a good football brain, he just needs a little time to settle down here in India. Its just that he didn’t get the right suggestions and right feedback at the right time. That’s why the team faltered in some occasions. In contrast, David Booth, another foreign coach, has achieved so much in India. Hence to be successful being foreigner or Indian hardly matters, according to me.

What precisely went wrong with Pune FC in this year’s AFC Cup?
I can’t deny that our performance was very much flawed and far from perfect. Definitely it was not up to the mark from our side. We have to take the responsibility. We should have won against Tampines Rovers, those 2 losses cost us hugely.

Did AIFF take the right decision disbanding Churchill Brothers, United SC etc clubs after they failed to fulfil the club-licensing criteria?
I’m not a technical person you know. Still, as a player point of view, I must say that the rules should be followed. Everyone should fall in line. The federation, I believe, has given a deadline. But the clubs like Churchill, United SC are really gem of Indian football. They would definitely come up with their remedies and come out of the black phase in no time.

Any particular moment in India jersey would you pick?

Even after 24 hours of thinking, I can’t figure out a single moment. If you would ask for a single incident, I can’t do that. I have won a trophies for India. I have represented my country in World Cup qualifications, played against World Cupper Japan, defeated UAE –  lots of memories, I must say.

Bengaluru FC pulled up a stunning performance in their 1st year. As you have a strong Bengaluru connection, how do u feel about it?
They have hit the gas at the right moment and got the right result. Many congratulations to them. Nevertheless, they have to focus on the local players. HAL SC also used to draw considerable number of spectators to the stadium. Whatever Bengaluru FC has achieved in their inception year, has been tremendous I must say. Again I want to underline that they have to provide proper scouting for local players, there are abundance of talents in local schools & colleges.

What chances do you fancy for upcoming IMG-Reliance league, ISL?
See, at least they are doing something for betterment of Indian Football. Should we not back them  and encourage them for the project? I’m not digging whether it would be good or bad for Indian football. At least it would draw eyeballs for Indian football which means more business and more talents would be unveiled like IPL.

What is your take on 2017 U17 World Cup which will be held in India?
Wonderful opportunity for the youngsters. Even the AIFF has to fasten their belt and revive the infrastructure, playing facilities etc. The FIFA criteria should be fulfilled; otherwise it’ll be a real disgrace. They should not be late in preparing the team, I believe they have already started the coaching program. Once the Indian team reaches up to a certain level, definitely it would give a huge boost for the upcoming days, where from we can reach the next level. 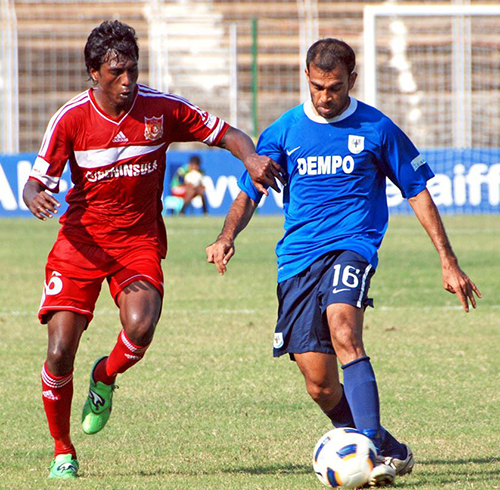 When are you planning to hang up your boots?
Might be tomorrow (Grins). To be frank, I’m 35 now, a right age for thinking about retirement. My contract is over. Whatever my role will be in the next season, depends on me as well as the club officials. With my experience, I could certainly give service to produce players, youth development etc. But the truth is, I want to take the decision on my own terms and no one else’s.

So can we expect to see you with Mr. Ranjan Chowdhury, PFC Academy director in youth development program or you would go for professional coaching?
Chowdhury Sir is an experienced person in youth development. If I join this particular sector, I would learn a lot from him definitely. Even I learnt a lot from all the coaches, under whom I played in different clubs. Naeemuddin Sir was a talented person, he was very much advanced in his era. I learnt so much from him. Even Subhas Da’s (Subhash Bhowmick) thoughts are so rich. First and foremost, I have train hard to be a coach. You can’t become a successful coach overnight. Structured thinking, positive approach, gelling with players and man-management has to be garnered in your thought process, otherwise your career would be over in no time. I want to go systematically step by step. First I would think which the actual path is for me and then I would hone my skills in that particular path.

Lastly, whom are you supporting in the upcoming Football World Cup?
Holland primarily. Indian football is following the ‘dutch way’ off late. Their football, ball pressing, passing has been excellent since long. Though they have been unlucky and could not clinch the World Cup a single time, I would prefer to root for them.