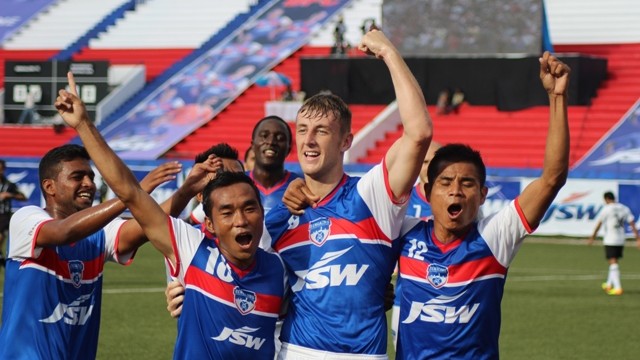 A year ago, Beikhokhei Beingaichho was not a familiar name for the Indian football audience. Although he played in the famous Red & Gold outfit of East Bengal, he was sidelined for most of his short career there. He came into news while netting against Al-Ittihad in an AFC Cup encounter in 2010, but on a losing cause. After that he was loaned to United Sikkim, where his ill fate continued because of his prolonged knee injury.

Sidelined for the entire 2012-13 season, suddenly he found a light of hope when Mr. Pradyum Reddy, Bengaluru FC assistant coach, rang him up for a trail session with the newly formed club. And as they say, rest is history for this youngster. At the end of the season, not only he was able to make a name for himself but was also nominated for the FPAI Fan’s Choice Player of the year. 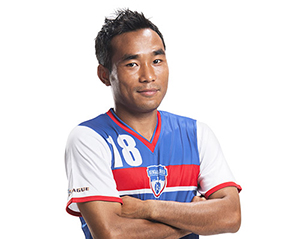 This Mizoram youngster proved to be a real team man for the garden city club as he provided numerous assists for his team-mates. His performances attracted accolades from the coach and senior team members. However, this lethal attacker is very soft spoken and coy off the field.

In a candid conversation with Indian Football Network, he spoke out about his early days, dreams as a footballer and future plans.

Tell us about yourself and family.

Generally, I’m not a talkative person. I prefer to find a corner and sit around. I’m from Saiha, a small town of Mizoram. Population is not so dense there; the daily life is really calm and quite.
In my family, I have four siblings. My father is a government employee where as my mom is homemaker.

How football came into your life? How did you take it up as a career?

I still remember of playing football at the road side during my wee days. Football has been my first love since my childhood. I played for my school in district level; I really owe my gratitude to my school as I got the chance to represent my state. Subsequently I joined Indian Football Association Academy (IFA) at Haldia. I really thank all of them who helped me during my journey from the bottom of my heart. Without their watchful supervision, I could not achieve a percentage of my achievement till date.

My first idol is Mama (Shylo Malsawmtluanga) as he became the first professional footballer of Mizoram. As an attacking player, I idolize the great Messi. So agile, so much balance and what a finishing, lovely.
Fortunately my parents backed me while I took on Football seriously. As I’m the first person in my family to start footballing career, there were number of aspects at stake. Still, they supported me while needed, which gave me the courage to play freely.

Mizoram won their maiden Santosh trophy this season and is also the U-17 Nationals champions. How do you feel being from the state?

Firstly, I would like to congratulate them for winning so convincingly. North-East is really football powerhouse of India. The more they get the limelight, exposure, the more they will blossom. The talent pool of Indian football must be nurtured with utmost care. Mizoram, Sikkim etc states possess numbers of Bhaichung Bhutias and Sunil Chettris. If they are taken good care and coached properly, more will come out, as like Uttam Rai. 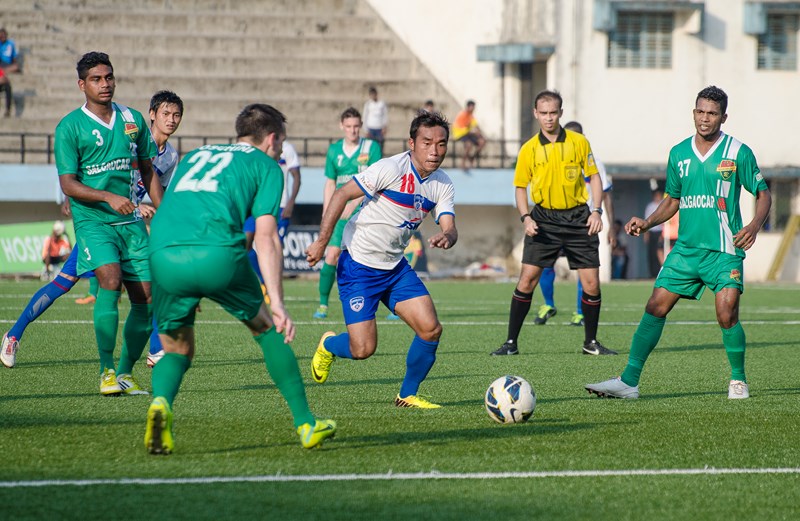 How did you react while Bengaluru FC offered you the contract?

I got very limited playing time for United Sikkim in the 2nd division, so I felt awestruck when assistant coach, Mr. Pradyum Reddy called me up for a trial for BFC. It was especially unexpected because I was recovering from my prolonged knee injury. After that everything went in my favor and I’m really thankful to each and every member of BFC for having faith on my credibility.

What role do you prefer to play in the team?

Everyone loves to score, isn’t that? I am no different. But my playing style suits most in the right flank. Hence coach deployed me in that position. Although I switch to middle, sometimes go down to holding midfielder position and go to overlap, right wing is the most common position where I enjoy playing.

How have you developed as a footballer in Bengaluru FC?

Immensely, I must say. Bengaluru FC provided fantastic training facility and modern and scientifically approved amenities. How could you not improve personally? Every player bound to hone his skill. Finally, the crew members are there 24/7 to help you and assist you. Under their vigilant guidance, you can’t afford to loosen your belt. 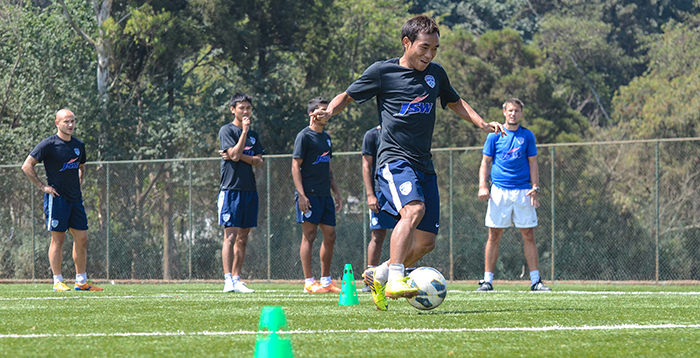 How different is the training and practice regime at Bengaluru comparing to your previous clubs?

With due respect to all the other clubs, I would like to point out that Bengaluru FC injected Professionalism, previously unseen in Indian Football. There is who’s who in other clubs, but they are missing the professionalism, hence discipline is missing out to some extent. Bengaluru FC was spot on from day one. Management stuff, coaching stuff, kudos to Mr. Westwood we all were so focused, there was very less margin of error, hence the positive outcome. I think this model should be followed by any junior level club to sustain in long run, to excel in future.

What do you think about Ashley Westwood?

You won’t believe how such a young person could gather sheer football knowledge. The British coaches are real football-savvy, he is no exception at all. I really adore and respect him. He sits with each and every footballer and chalks out the homework. He scrutinizes each player’s performance, after that draws the framework. He’s truly an outstanding football personality who would take Indian football to the next level for sure. 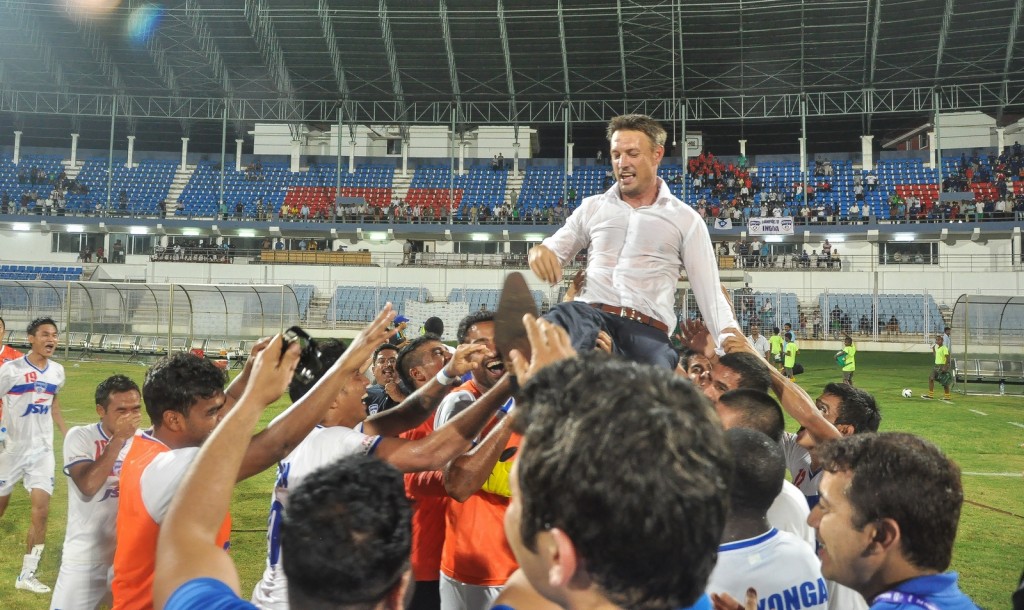 International exposures are always cherished by a footballer; for an Indian footballer these sorts of opportunities are quite important. When we played in the AFC Cup for East Bengal, it was a huge lesson for us.  It would be acid test for a young club like Bengaluru FC to compete against Asian biggies. It would be real challenge for us definitely. I would like to play my part to gain more and more experience in international forum.

What will you do after you hang up your boots?

I am still young, huh…On a serious note, right now my full focus is to play and play. I have not thought much about my retirement, but certainly I would like to do something to promote upcoming young players. India still lacks proper academy, grass root development program etc. We have to work in that level to steer the young generation in right direction.

Image credits : The images were taken from Bengaluru FC and I-League databases.