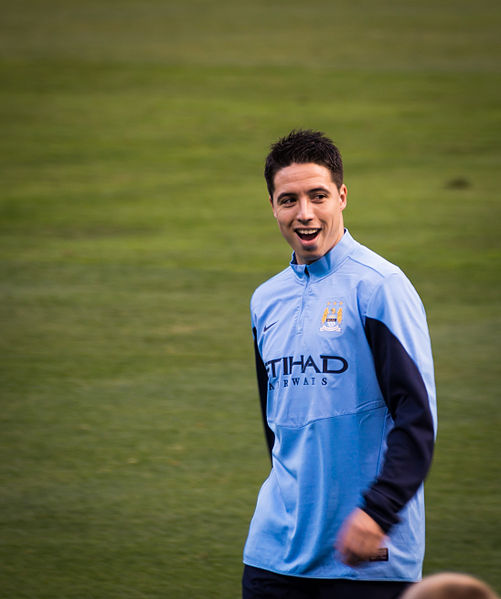 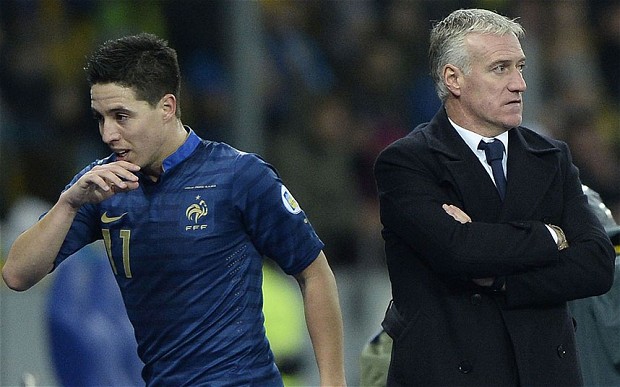 As star names across the globe gear up for the glitzy World Cup in Brazil next month, spare a thought for the top names who have been ignored by their respective managers.

There are only 23 who get the nod in each country’s squad which has left international managers with plenty of brainstorming and many tough decisions to make.

Also Read : Why Leaving out Samir Nasri was inevitable

Undoubtedly, it’s the fiercest and daring decision taken by a Manager while choosing his team before the World Cup. France manager Didier Deschamps, captain of France 1998, has left everyone spellbound by his opinion of leaving out Premier League winner Samir Nasri. Deschamps decided he has a disruptive influence and might disrupt the dressing room atmosphere, once benched. Nasri has played an instrumental role in City’s premier league run this year. Unfortunately, he was ignored in last WC by the then manager Raymond Domenech.
Didier Deschamps Sues Samir Nasri’s Girlfriend Anara Atanes

The Dutch goalkeeper was not chosen in the starting 11 for Fulham while they were fighting to get out of the relegation zone this season and it has cost him a place in Louis Van Gaal’s side. Stekelenburg was first choice custodian under the woodwork for the orange outfit, when legendary goalkeeper Edwin Van Der Sar retired in 2010 and eventually played in the last World Cup and Euro 2012. Despite donning the national jersey 54 times, he was overlooked in the preliminary 30-man squad by Louis Van Gaal.

Lescott featured regularly in the starting eleven while Roy Hodgson started his tenure as the Three Lions manager. Afterwards prolonged injury cost his slot in the club starting lineup, since then he struggled and struggled with minimal outcome. The centre-back is poised to leave Manchester City, as a result he was overlooked for Roy Hodgson’s World Cup squad.
The veteran defender knows time is ticking for him to regain some form to be considered for the national team again.

The tricky Brazilian prodigy has been dazzling for Liverpool FC and was one of the key players in their title charge this season, which fell short to Manchester City. His stunning winner against Manchester City, curled into the bottom right corner, had been the revelation for Liverpool this season, where from they threw out a strong challenge. But stiff competition, particularly for attacking midfield players, meant he just missed out when Luiz Felipe Scolari announced his squad.

The Manchester City left-back was an obvious choice for Les Blues in last World Cup and European Championship but days after helping his club win the title, was booted from the team which is travelling to Brazil. Paris Saint-Germain’s Lucas Digne and Manchester United veteran Patrice Evra made the cut instead.

Cole was the most high-profile omission from the England team and the toughest decision that Hodgson had to make. Everton defender Leighton Baines showed some unparalleled talent this season to plunder the right back slot from this veteran Chelsea defender. Even his position swayed while Mourinho preferred to pick Azpilicueta quite often.Subsequently Hodgson opted for Southampton’s teenage sensation Luke Shaw to get big tournament experience and closed the door for Chelsea defender. Even he himself doubted his comeback chance, hence didn’t hesitate to hang his boots for the national team.

The centre-back, who didn’t have a good season for his club, pulled out of England’s final World Cup qualifiers after a meeting with Roy Hodgson to discuss his long-term injury problems. Even he could not resume his training for long, since coming back from the injury, couldn’t pick his form up to the level, resulting the omission from the WC team. 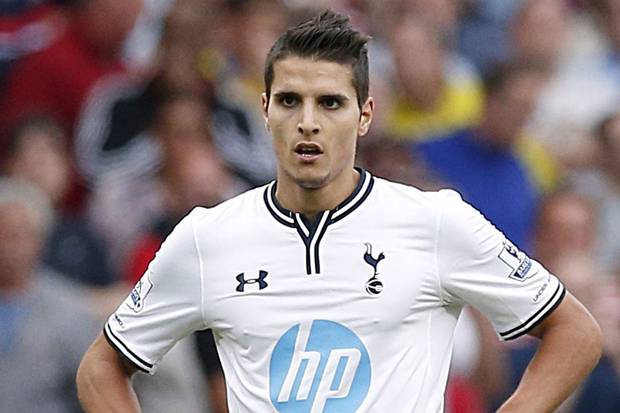 A swaying season for the London Club Spurs meant the promising winger has been overlooked in Argentina’s star-studded squad. He was one of the most highly-rated players in football when he joined Spurs from Roma for £25.7million but he has struggled to live up to the promises. Though he would get ample opportunities in future, he would rue this opportunity while there is much hype regarding Argentina’s title hopes.

The Norwich goalkeeper was left aghast after not only being selected this season, despite being one of his club’s best performers. He would only have been back-up to Joe Hart, but it was a surprising omission on a player who has been involved in every squad. Instead of him Hodgson opted to pick up Celtic FC’s first choice goalie Fraser Forster.

The most decorated player in the Chelsea Outfit, probably owner of the most envious trophy cabinet in entire English Premier League right now, possibly won’t don the La Roja jersey in the upcoming WC. Though his name has been included in the probable-30 squad by manager Del Bosque, but Negredo, Diego Costa, David Villa are almost certain to make the cut. The goal poaching El Ninohas been missing since h joined the London club. Though he owned the Uefa Euro Golden Boot 2012, he failed to convert most of the chances. Jose Mourinho had to sit him in the bench for numerous matches; Del Bosque could not put his faith on the prolific striker since then. On the contrary, Negredo, Diego Costa, David Villa, Llorente all has been spearhead in their respective clubs, making the competition for El Nino tougher and stiffer.