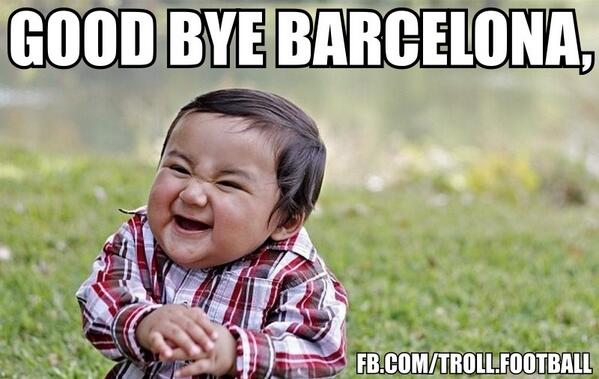 Yesterday’s loss against Atletico Madrid means that FC Barcelona have been kicked out of the UEFA Champions League 2013-14. The team which had became synonymous to the top European competition and been called UEFAlona, will now enjoy the game from the sidelines as their arch rivals Atletico go on to play in the semi-final.

No sooner than Barca made the exit, internet was busy trolling them with all sorts of creative memes. Here we list top 5 of them that will add salt and insult to the injuries of FC Barcelona fans, in no particular order:

1. This one from @Troll_Football leaked the secret tactics of Barcelona. Many believe this to be the cause of their loss last night against Atletico. Messi should not have whispered it out so loud to Neymar. 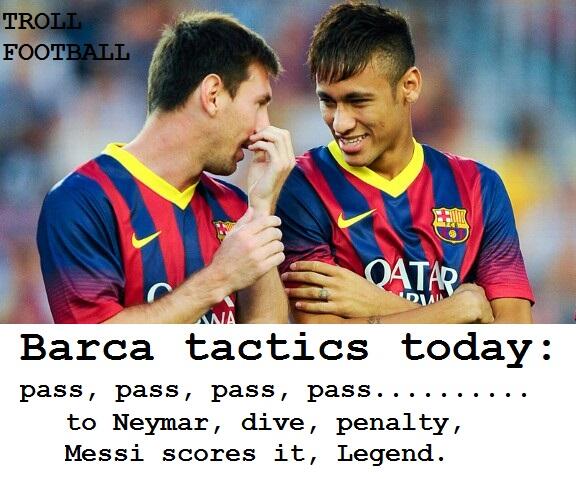 2. Gerardo Martino must have other tactics to resort to after the alleged leak but the guy who could assist them was not there it seems. Barca missed their 12th man in the referee. 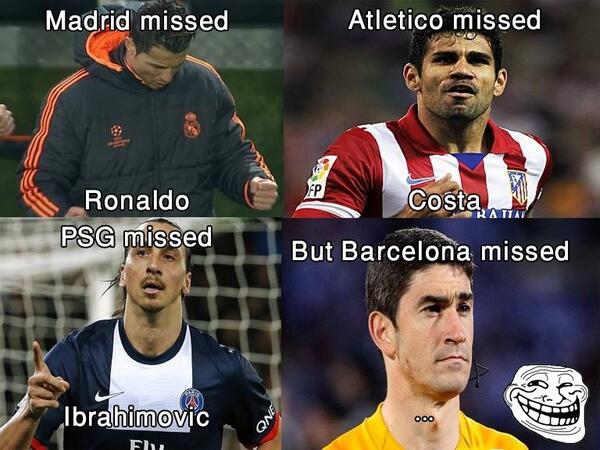 3. What do you do when your star player is invisible on the field? You lose! 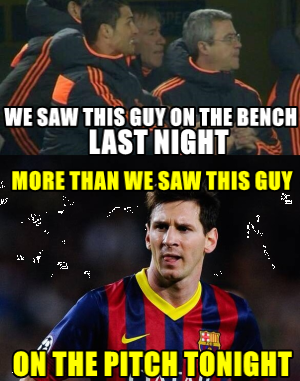 4. The following is thought to be the reason behind the success of Barcelona. Did they forget to do the deal yesterday? Hmm.. 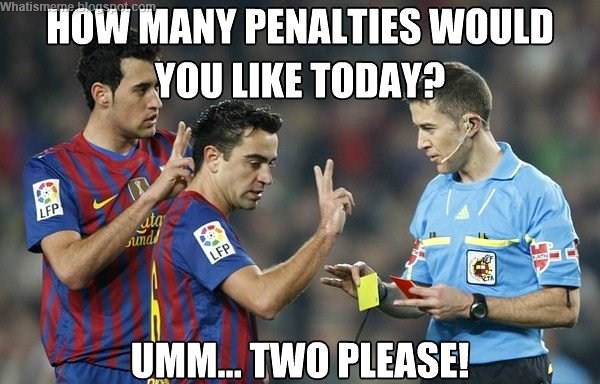 5. And the last meme is not particularly creative but the laugh is worth a thousand insults to Barca fans. There it goes:

Enjoyed the trolls and memes? Please share it through your social network and give everyone (except UEFAlona fans) a good laugh. We promise to bring more such fun memes.