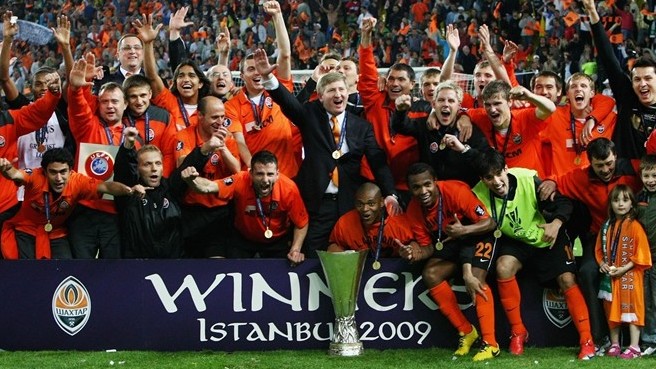 Since the final round of Champions’ League group stage fixtures, the teams who will definitely be exiting the competition in order to play in the Europa League in the second half of the season has been finalised.

Club Brugge, Benfica, Valencia, Galatasaray, Napoli, Shakhtar Donetsk and ViktoriaPlzeň have all secured their passage into the Europa League, which will be both a disappointment and an opportunity for the teams. Despite missing out on a place in the second round of the competition, it provides all these clubs with the chance to win some silverware in Europe this season.

Club Brugge drawn against Atletico Madrid, Borussia Dortmund and AS Monaco and prior to the start of the competition, most people would have had Brugge to finish bottom of the group. With Monaco suffering from a dreadful start to the season both on the continent and domestically, Brugge been able to capitalise on that and secure third place in the group. The Belgian side picked up a point at home to Monaco before stuffing them 4-0 at the Stade Louis II in Monaco. Their only other point came courtesy of a 0-0 draw away to Borussia Dortmund. They are unlikely to be a favourite to win the Europa League in part due to the likes of Arsenal and Chelsea who are competing in this season’s competition.

Benfica, on the other hand, might fare slightly better when they enter the Europa League, with a far more impressive European pedigree. In a group that contained Bayern Munich, Ajax and AEK Athens, it is no surprise that Benfica finished in third place. The only alternative result likely to happen would have been second place, but Ajax, who are so far unbeaten in the Champions League this season, have proven their worth by securing qualification to the next round. With the likes of Eduardo Salvio and Pizziat their disposal, there is a chance that Benfica could mount a serious challenge in the hunt to become the next Europa League winner.

Valencia is another team that is eliminated from the Champions but made it into the next round of the Europa League. The Spanish outfit had to compete with Italian Serie A champions Juventus as well as English club Manchester United and BSC Young Boys of Switzerland in group H. A victory for Manchester United against Young Boys and a defeat away to Juventus left the La Liga club in third place, five points off second and four points above fourth. With their domestic form leaving the club merely four points above the relegation zone, a good run in the Europa League could be just what the doctor ordered. They have the squad to mount a decent challenge in Europe’s second competition, but their status in La Liga is likely to take priority.

In Group F, Ukrainian team Shakhtar Donetsk went through to the Europa League despite only winning one game. They had, in fact, won the Europa 10 years ago, and will be hopeful of a repeat this season. This group featured English Premier League club Manchester City, who are the favourites to be crowned the winner according to the ChampionsLeague winner odds.

Elsewhere, Italian teams Napoli and Inter Milan will also be competing in the Europa League. Both narrowly missed out on the next stage of the Champions League, being knocked out on away goals after failing to pick up the necessary result in their final group game. These two are arguably the strongest teams in the competition and will be considered as the favourites.

Turkish team Galatasaray and Czech Republic team Viktoria Plzeň are the final two teams who will down into Europe’s second competition which is a huge accomplishment considering the groups that they were placed in.