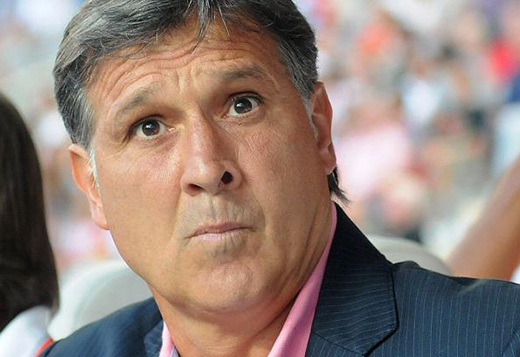 As half of the globe were still recovering from the shock of seeing one of world’s top clubs, FC Barcelona, signing little known manager Gerardo Martino, inside sources from Barcelona revealed the influence of Indian football club, Mohun Bagan, in this signing.

In an exclusive conversation with Indian Football Network, a well placed sources inside the Catalan club revealed that Barcelona officials have been highly impressed by Mohun Bagan officials and were studying them for sometime.

“It all started when Bayern Munich defeated us twice in the Champions League semi finals. It was ok to lose, however, the officials were greatly disappointed that the team couldn’t keep 70% possession and thus, it was a moral victory for Bayern as well.”

While trying to figure what exactly went wrong, a Barcelona – Mohun Bagan fan from facebook introduced them with the policies of Mohun Bagan officials.

“We met Argya MohunBaganese Barcelonese Messi Chatterjee in one of the biggest Mohun Bagan vs East Bengal groups and he got us in touch with two officials of Mohun Bagan. That was definitely a ‘chomok’ (surprise)  for us!”

MB officials, much like Barca also believe certain philosophies which are above winning matches. Their model of ‘hire a low profile coach for a high budget, high pressure team at the starting of the season and then sack him’ seemed most appealing.

It is perhaps no coincidence that Martino is commonly known as Tata Martino. Few weeks back, Bengali news channels had flashed, that from an authentic source it was known that MB officials want Tata Martino to inaugurate the season, as the name makes it easy to bid farewell in the middle of the season. However, it seems, being from Messi’s hometown, Rosario, Tata was more keen on Barcelona.

“Much like Santosh Kashyap and Stanley Rosario, Gerardo Martino fits this model. Moreover, he is also from Rosario! Our experts are still deciding on whether we should keep reviewing his position every 3 games or 5.”

On being asked whether Barcelona are implementing any other model from the Indian club. Our source replied,

“Yes, of course. We are also spending heavily on attacking players, we already have players like Messi, Iniesta, Pedro, Fabregas, yet we spent heavily on Neymar. It was well explained to us in a letter from the MB officials that as long as the team scores more goals than the opponents, reinforcing the defence makes no sense.”

“We have also decided to let important decisions of the team composition to be governed by our star player Messi so as to keep him happy. We learnt that MB has always kept its star players, whether Barreto or Odafa, happy by taking their permission prior to the signings.”

Indian Football Network was also able to get in contact with close associates of MB officials. It was learnt that a letter will soon reach Barca demanding the appropriate ‘cuts’ for the borrowing of their philosophy. However, the letter may take some time as currently a resignation letter is being drafted.

“The fans are not happy with the performances of the club. As a token of respect  towards the emotions of lakhs of fans, one of the officials would resign. When he takes back his position after three days, the letter to Barca will be drafted.”

The source also revealed that the similarities with Barca doesn’t end here.

“Just like Spanish prodigy Thiago Alcantara wanted to leave Barca and subsequently was released, our main talent for possession football, Rakesh Masih, was also left out this season. However, we would keep an eye on his progress and would sign him at the first opportunity. We also have our academy just like La Masia!”

When reminded by our correspondent that MB also has passionate fans like the Catalan club, our insider from Mohun Bagan club looked as if he had heard of the word for the first time, closed his eyes, as if searching for the right words, seemed to make a desperate attempt to say something impressive and then settled for,  “Yes, the fans too”.