This article has been written by Mr. Peter Vaz, the president of Sporting Club de Goa and are his personal views, not endorsed by IFN. 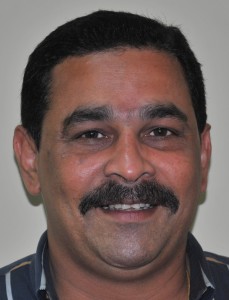 By ringing in the changes to the I-League format, introducing the cap for the number of teams for Goa which is the present Mecca of Indian football, and permitting and actively promoting the IPL style franchisee league bang in the middle of the football season, AIFF has sounded the death knell for club football in India.

Momentous decisions have been taken by an Emergency Committee.  One fails to understand what the emergency was about other than bypassing the AIFF Executive Committee and the Clubs. The I-League has been broken up into Western and Eastern conference without any consultation whatsoever with the clubs who are the main stake holders. When the AIFF is getting its entire revenue from the I-League marketing rights why was the AIFF afraid to call a meeting of the I-league Committee wherein all the clubs are represented in order to discuss the change in the I-League structure?  This shows AIFF’s lack of respect for the Clubs who are the backbone of Indian football.

None of the top football playing nations has the Conference model league structure. And at a time when we are trying to emulate the best practices this decision to implement the conference model is a retrograde step.  This will devalue the league converting it to a regional league making it harder to sell to sponsors and broadcasters alike. This conference model can even throw up a scenario where Goan and Kolkata fans might miss the excitement of a live contest between their respective teams.  It is clear that the sole purpose of the change in league structure is to accommodate IMG Reliance and their franchisee league.

As regards the capping of the number of teams in any particular venue/city it appears that decision is solely targeted at Goan teams. By intentionally clubbing together Kolkata, a city and Goa a state, it is clear that the entire Goa is treated as one venue for this purpose. Is Goa being punished for efficiency and good performance, and may be for its bold step to declare football as the state sport?  How was this decision which has grave implications on Goan football allowed to be taken without proper resistance from the Goan representative on the AIFF Emergency Committee?

On one hand AIFF sets up a deadline for existing I-league Clubs to start constructing their own stadium or refurbish an existing stadium latest by June 2015 and on the other it is restricting the number of teams in a city/state from the same deadline.  After investing heavily in one place does AIFF expect one team to re-locate elsewhere?

You cannot restrict the growth of apples in Kashmir in order to promote its growth in some other location. Similarly one cannot spread the foot print of football in India by restricting it in places where it is doing well. Rather one must activate the defunct and inactive state associations and their functionaries. Instead of imposing caps AIFF should activate all its member associations and encourage grassroots football development and help to promote the state leagues. Big states

like Rajasthan, Andhra Pradesh and Tamil Nadu which have produced so many top footballers in the past are presently in limbo. AIFF should take some steps to resurrect football in these places.

Consistency has never been the strong point of AIFF. Decisions taken do not last for more than two or three years. One season institutional teams like HAL and SBT were not allowed to participate and they were admitted again after two seasons.  The foreign player rule keeps on changing every season. TFA the best developmental team in India was denied a berth in the I-League after having won the 2nd Division.  But, soon after, AIFF introduced Arrows as their own developmental team.  The Arrows experiment has also fizzled out and it is now clear that there really was no long term perspective and the only reason for the introduction of the Arrows after Mahindra’s withdrew was to keep Sporting Clube de Goa out.

Today Arrows is being made use as a vehicle for back door entry into the league by a corporate like the Pailan Group and surprisingly whatever may be his motives, even Baichung Bhutia has jumped on the bandwagon, offering to take over the team.

AIFF has given direct entry to two new corporate teams by attracting them with sops.  Yet when champion teams like Mahindra United and JCT announced that they were shutting shop similar approach was not made to them in order to make them stay. Further this direct entry of teams is an insult to the teams which have been going through the grind year after year in the Second Division.

All the Clubs have been put under the Club Licencing Criteria.  But AIFF itself is showing a cock a snook attitude   by not fulfilling the most important criteria of all that is forming a Separate Commercial Entity to run the I-League.

By sanctioning and actively promoting the parallel IPL type franchisee league AIFF is creating a monster which will devour the I-League and finish the existing clubs in India. Nowhere in the world does such league exist and that too bang in the middle of the country’s premier league and to make matters worse with the active support of the National Association by redrawing existing rules. Does AIFF realize that for three months the clubs will have to pay their players for doing nothing except routine training and loosing their match fitness?

Have these changes in Indian football like the conference system, the three month window with a break in the official league, just to facilitate a private league, which is something unique in the world of football been vetted by Technical Director Rob Baans and National Coach Vim Kovermans ? There has been silence so far from AIFF’s top technical honchos.

The I League Clubs have got under the umbrella of the Indian Professional Football Players Association (IPFCA) in order to take on the might of the AIFF with all these issues. Sadly they have so far failed to create an impression on the AIFF. IPFCA vehemently opposed the direct entry of teams in the I-League.  But surprisingly its office-bearers were quick to invite these very teams to the IPFCA meeting, thus indirectly endorsing the AIFF decision, without first obtaining the consensus from the member clubs.

But there is a sense of optimism as the IPFCA after shadow boxing for so long, have at last woken up to the danger and resolved to take a united stand on the major decisions affecting  the Clubs, for the betterment of Indian Football.

Is anyone ready to stick his neck out to say:

–          That these changes will benefit the state of football in India

–          That the I-League will become more popular and marketable

As of now all the signs are showing that we are going backward.