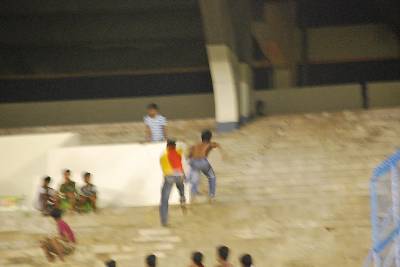 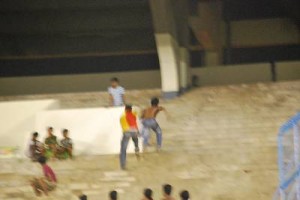 In a reminder of a previous beating up incident of Prayag fans by East Bengal fans, the celebration party at Prayag United owner’s house was ransacked by a bunch of hooligans claiming to be East Bengal fans.

According to an eye-witness who was there, a few East Bengal fans barged in when Ranty Martins along with team members were parading the IFA Shield on a roof-less car. They tried to attack Ranty and also to damage the prestigious IFA Shield.

The EB fans were loaded with sticks and stones and started throwing it towards the players and the Prayag owners Basudeb Bagchi. They broke the car windshields and also injured many including 2 policemen.

Later police managed to take control of the situation and arrested 3 miscreants.

A police official confirmed that the arrested men were all East Bengal fans.