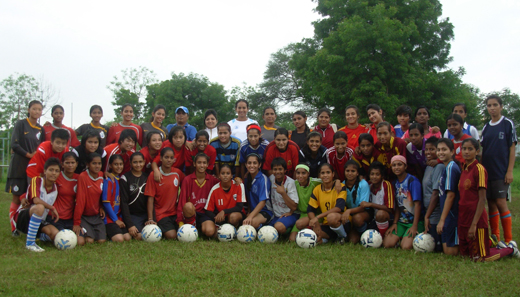 NEW DELHI: In an attempt for all round development of Indian football, the National Coaching Camp for the U-19 girls National Team has kick started from Monday (September 10) and will end next month on Thursday (October 18). The Camp is aimed at preparing the players for the all important U-29 AFC Asian Cup starting October 20th.

The trials for selections took place from August 3 to September 9. Likewise, national coaching camp of U-16 Girls, for the preparation of AFC U-16 Asian Cup 2013, Qualifiers Round1 from 6th to 10th November 2012 at Sri Lanka, will be starting from 16th September to 4th of November 2012 at SAI Centre, Gandhi Nagar.