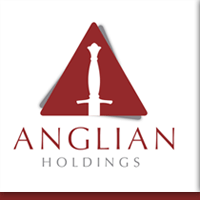 New Delhi, August 21, 2012: Anglian Holdings, an NRI-owned multi-national corporation with diverse global investments, today announced that the company has joined hands with the Indian Defence Forces to support the 125th edition of the Durand Cup. The company would associate as a sponsor to aid one of the most prestigious and historical annual sporting events in India. The Durand Cup, first held in 1888, and currently being organized under the aegis of the Indian Defence Forces, is Asia’s oldest and the world’s third oldest football tournament. The 2012 edition of the tournament marks the 125th year of the Durand Cup.

Anglian Holdings is a young and dynamic company with interests in various exciting sectors including sports. The company, which has a vision of working towards the upliftment of Indian football and taking the sport in India to the next level, had recently announced its investments in Shillong Lajong FC & Danish football club FC Vestsjælland through its subsidiary, Anglian Football, to provide new avenues for Indian talent and create an Indo-European pipeline for bi-directional exchange of talent, knowledge and expertise. Anglian Holdings and the Durand Football Tournament Society also announced that while the company is associating itself as one of the sponsors of this year’s edition of the Durand Cup, it is in talks with the society for a long-term association to jointly work with the strategic intent of enhancing the standards of the tournament via a marketing and promotional deal as well.

Commenting on Anglian Holding’s association with the 125th edition of the Durand Cup, The Chairman, Durand Football Tournament Society Lt. General V K Pillai, AVSM, SM said, “We welcome Anglian Holdings into the folds of the Durand Cup as a co-sponsor and appreciate their gesture of coming forward to promote the prestigious tournament and look forward to a long association for promoting football in the country.”

On joining hands with the Durand Cup, Uday Narang, Chairman, Anglian Holdings said, “At Anglian, we want to make a definite and positive contribution towards the improvement of Indian football, and following our twin investments in Shillong Lajong FC and FC Vestsjælland, we see this association with the Durand Cup as another step in that direction. We are extremely proud to partner a prestigious and historically significant tournament like the Durand Cup, and are thankful to the Indian Defence Forces for giving us the opportunity.”