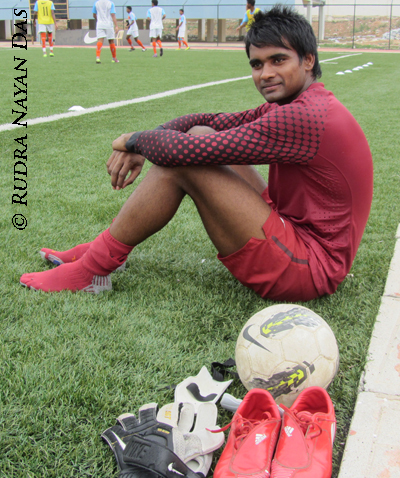 “I’ve seen many an Indian team in the past across all age-groups. But I admit this is the best Indian team I’ve ever played against. I mean it” – Iraq Coach

“I had my doubts before coming here. But within three weeks I have been proved wrong. Much like the Australians, the Indians are a fighting lot” – Arthur Papas (India U22 coach)

In the AFC U-22 Championship qualifiers, Indian football team has shown that they are no pushovers. In a group (Group A) where, every team in ahead of India in FIFA rankings (based on senior team results), India has hold there own and are still in the race for qualification with one match left to play. There has been no match where India had been outplayed or where they didn’t fought or put the opposition in considerable amount of trouble. At the moment, apart from AIFF’s articles, match reports and photos, hardly any other Indian media house has shown interest in giving the team considerable coverage and thus, its hardly any surprise that most fans have not seen many of the team members, or doesn’t know much about them. I had the opportunity of photographing them in few of the practice/I-League matches, here are the photos of each and every member of the squad. Enjoy and spread the photos!