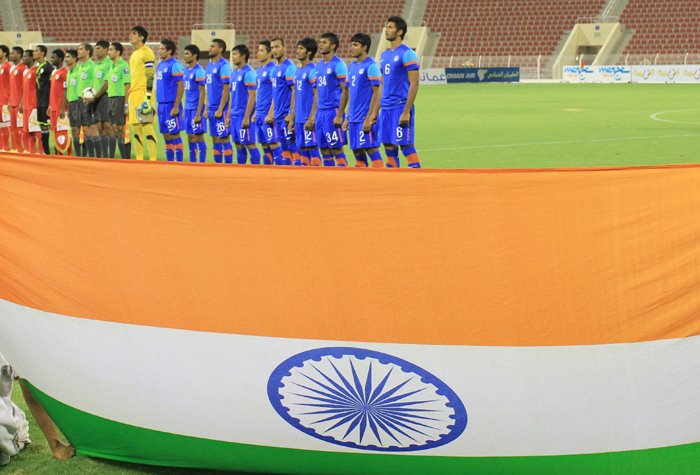 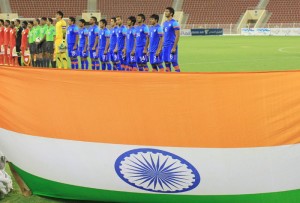 MUSCAT: There are days when domination doesn’t yield you anything. Tuesday (July 3) stayed such. India despite having more possession for most part of the match bowed out of the AFC U-22 Championship when they went down to Oman four-nil in the last match at the Sultan Qaboos Sports Complex in Muscat. Hamood Saleh scored the first goal for Oman in the 54th minute while Faed Ibrahim scored the second goal in the 67th minute. Besides, Saleh Hadid and Mubarak Humaid scored one apiece.

After a dominating first half, India lost control in the second half. If it was all India in the first 45 minutes, the first 20 minutes of the second half settled the issue for the hosts. India finished with 7 points from 5 matches while Oman on 10 points from 7 matches.

India started the match on a bright note. They absorbed the initial pressure and slowly started the buildup. A Lalrindika Ralte freekick from striking zone struck the Wall and Manandeep Singh’s powerful left footer was punched out by rival goalkeeper Mazin Masud in the 21st minute. Manandeep again broke free in the 30thminute and ran inside the box but Masud managed to keep him at bay.

For the hosts, 19-year old Raed Ibrahim stayed the pivot. Being a part of the Senior Oman side in the World Cup Qualifiers, he was nippy to create problems for the Indian defence. But the two Central defenders Prathamesh Maulingkar and and Shouvik Ghosh stood tall.

On the other hand, Alwyn George was creating all sorts of problems for the rival defence. Oman were not willing to allow him space and once he started his run, he got suffocated at the top of the rival box. In the 43rd minute, his back volley sailed over.

But Oman came back with more purpose in the second half. They didn’t allow the Indians to settle down and were eventually rewarded when Hamood Saleh tapped in a Abdullah Saleh pass in the 54th minute. Minutes later, Saleh’s header hit the post.

Jeje Lalpehlua was introduced in the 63rd minute in place of Romeo Fernandes. But Oman pressed hard and Faed Ibrahim made it 2-0 in the 67th minute after he had sneaked down the right. A minute after Faed’s goal, Manandeep’s header off a Dika corner missed by a whisker.

But Oman struck again. Pranay Halder brought down Badar Nasib inside the box and though off the resultant penalty Gurpreet Singh Sandhu kept it at bay, Saleh Hadid tapped in the rebound.

In the 88th minute, a Jeje rasper from the top box was saved by Mazin for a corner and off the counter attack, Mubarak Humaid made it 4-0.