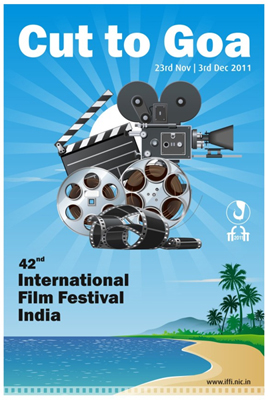 The 42nd International Film Festival of India (IFFI), which begins in Goa from November 23, will have a ‘Soccer in Cinema’ package. The package will be a separate section of films, based on the theme of football, to be showcased everyday from 8 pm to 10 pm at IFFI this year, director of IFFI Shankar Mohan, said in a statement.

Films that will be showcased in this section, will not only invoke the euphoria of the game, but also hold high cinematic values in terms of form and treatment. The package will have films from different parts of the world, which are chosen to take a look at how different ethnicities and sensibilities handle the sport and how effectively they have integrated the spirit of the sport into the medium.

This decision has been influenced by the fact that the film festival is being hosted by Goa, which is known for its craze about football and is one of the strongholds of Indian football.

Films to be showcased in the ‘Soccer in Cinema’ package are: 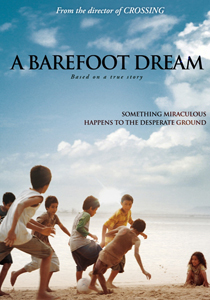 A Barefoot Dream, and tells a story of a former Korean soccer star and failed businessman who travels to East Timor, like many other opportunistic foreigners, in the hopes of exploiting the local economy. Instead, he ends up coaching a soccer team of poverty stricken East Timorese kids, ultimately bringing them to a world tournament soccer victory.

The film was selected as the South Korean entry for the Best Foreign Language Film at the 83rd Academy Awards but it didn’t make the final shortlist. However, the best part is that this story is based on the true story of coach Kim Shin-Hwan who had actually trained East Timorese kids who won the Hiroshima International Youth Soccer Tournament. Kim Shin-Hwan was actively involved in the film making.

This is a journalistic & poetic  documentary about Mario Filho, one of the greatest sports chronicler of Brazil. In Brazil, Mario Filho is called by many as the “Homer of football”, as his chronicles record the history and create the symbology of gods and heroes in Brazilian football. He wrote a chronicle everyday from 1926 to 1966, the year of his death. In fact, he is so important for Brazilian football that the famous Macarana stadium of Rio de Janeiro is officially named after him! He not only wrote chronicles but also arranged football events which required mass participation, this led to creation of large scale popular events, and he was soon known as the “Crowd Creator”. 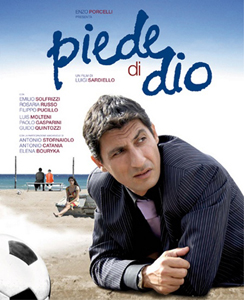 This film is more in the comic genre. This is a story about Elia and Michele. Elia is a super skilled footballer. He has a magic foot and never missed a penalty. However, he is 18 years old but he acts like a 12 year old. Furthermore he has family problems. Michele had to leave his dreams of becoming a footballer because of an accident in past. Presently he works as a scout, but not very serious about his work. He has an eye for talent, when he meets Elia, he is struck by his talent. The film is about how he struggles to persuade Elia and his family to become his manager. 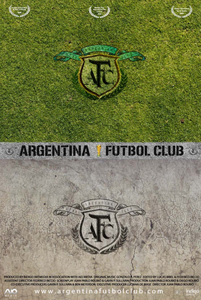 This documentary portrays the football madness in Argentina. Through a journalistic lens, this film provides an intimate look into Argentina and one of the greatest club rivalries – between Boca Juniors & River Plate, that goes far beyond the pitch. Before a Boca Juniors Vs River Plate match, in Buenos Aires, historic tensions swell not only between these legendary clubs but among their intense followers. For these futbol fanatics, the game symbolizes strength, unity, and power in a society beset by stark social and economic divisions. 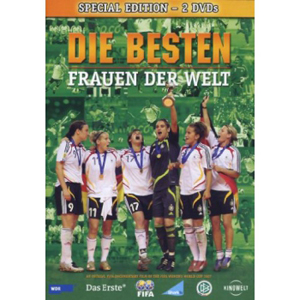 This documentary follows the German women’s football team on their way winning the World Cup in 2007. It follows the team from their first training camp to the final celebrations of the world cup victory. But the film is not only about the training, matches and celebrations, it also goes deep into the personal lives of the players. It shows personal conversations with the players and some of their recreational activities, bring a lot of interesting anecdotes about the players.

‘More Than Just a Game’ 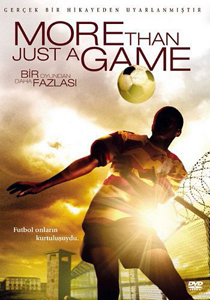 The film tells the fascinating tale of five South African men who pursue their passion for soccer even in the most cruel and inhuman of environments: a prison. The film tells the story of how these political activists cum football lovers sent to Robben Island in the 1960s, rose above their incarceration by creating a football league, the Makana Football Association, and find an outlet for their passion and commitment to discipline through soccer.The five men – Lizo Sitoto, Sedick Isaacs, Sipho Tshabalala, Mark Skinners and Anthony Suze, all ex-political prisoners of Robben Island jail and in-mates of Nobel Prize Nelson Mandela, are the founders of Makana FA. 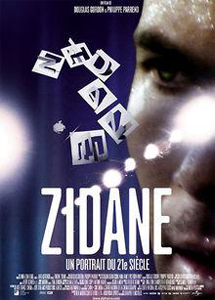 The documentary focused purely on Zidane during a single game. The film was shot in real time using 17 synchronized cameras during a Spanish Liga game between Real Madrid and Villarreal CF. Zidane, of course, was playing for Real Madrid during the  match at the Santiago Bernabéu Stadium. Interestingly, during the last minutes of that match, Zidane was sent off as a result of a brawl. The film hardly has dialogues, but has a good sountrack by Scottish rock band – Mogwai. This is a must for Zidane fans, who can just feast on Zidane for 90 minutes. Zidane watching, Zidane chasing the ball, Zidane being fouled, Zidane’s sudden burst of energy, Zidane’s moment of magic, Zidane arguing with referee, Zidane’s anger! Its all about Zidane!

Click here to check the location, dates and timings of each show