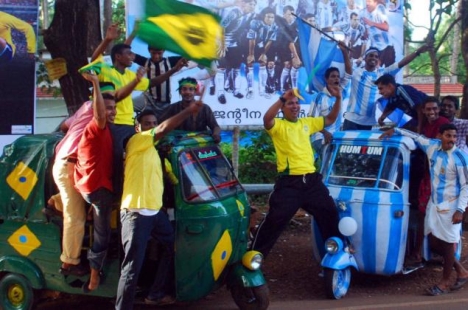 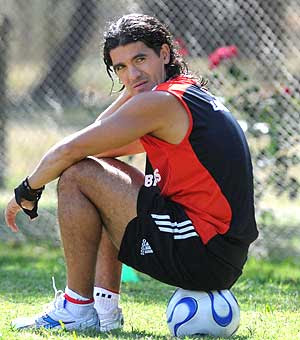 No Ortega in India

Few days back, Indian fans got a surprising news that Goa based club Dempo SC are in touch with veteran Argentine playmaker Ariel Ortega. However, now according to a Qatari website, Dempo’s general secretary Armando Colaco, has confirmed that the talks didn’t materialize beyond preliminary stages.

Armando Colaco is now the interim coach of Indian National team, is in Qatar with the Indian team for a friendly against Qatar on 17.07.2011.  According to the report by Qatari website (www.thepeninsulaqatar.com), Armando Colaco said that Dempo management were in constant touch with Ortega. But the talks couldn’t go beyond preliminary stages because Ortega was asking for 20 per cent share of Dempo’s merchandise sale. But as we all know most Indian clubs, including Dempo SC don’t have any merchandise sale.

So, Dempo are still searching for quality foreigners to fill the void created leaving out Beto and Ranti Martins. Beto and Ranti Martins were  one of the main reasons behind Dempo’s consistency. This season Ranti scored 30 and Beto scored 16 goals in I league, so scoring 46 goals out of the 63 goals scored by Dempo.

The news on Ortega’s possible transfer to Dempo was taken with a pinch of salt by Indian fans. Many believed it to be rumor and many thought Ortega has nothing more to offer as a player. However, a large number of fans were also hoping to see a player of his stature in I-League. Now they have to wait.