Dempo’s general secretary Armando Colaco, who is also the present coach of Indian National team, told Indian newspaper, The Telegraph, that Dempo is in constant touch with Ortega, but the deal is yet to be finalized. He furthermore added that, Ortega can be cheaper than what Ranty Martins was asking from Dempo. However, Ortega is also asking for 20% of merchandise sells, which is non existent in most clubs of Indian football including Dempo.

Ortega in an Indian Club – To good to be true?

The news of Ariel Ortega’s potential signing has been a major topic of discussion in various networking sites, after being flashed in atleast two news channels in India on 1st July, 2011. While fans are highly excited, many believed that these news are nothing but rumors. However, Colaco’s statement proves that there is truth in these reports, but fans need to keep their fingers crossed as the talks are still on and the deal might not materialize further. 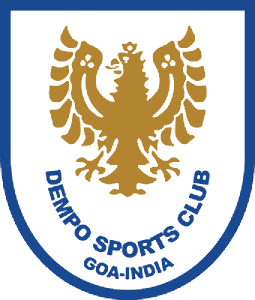 Ariel Ortega, 37 years old, was one of the exciting talents of Argentina during the 90s. His dribbling skills were a treat to watch. He played for Argentina in 1994, 1998 and 2002 world cup. He had also played for big clubs like Valencia, Sampdoria, Parma, Fenerbahce, River Plate, Newell’s Old boys. Ortega burst onto the scene at River Plate in 1990, aged just 16, was tagged as ‘the new Maradona’. However, his indiscipline was a big stumbling block in his career. He is known for his temperament and alcoholic habits. In 1998, during Argentina’s quarter-final against the Netherlands, he saw red for headbutting Edwin van der Sar. In 2002, Fenerbahçe signed him, and after just 23 games, Ortega tore up his contract with the Turkish club. He was subsequently handed a 18-month worldwide ban by Fifa and ordered to pay his former employers £6.6million in compensation. In recent times, he fallen out of favour in River plate and was loaned to a smaller club, All Boys. These factors might be a reason for him to even discuss a potential deal with an Indian club.