‘Group E’ Consists of Brazil along with Switzerland, Serbia and Costa Rica. We take a closer look at all four teams and their chances in the World Cup.

Brazil are clearly the favourites to go through to the next round and Serbia,Switzerland and Costa Rica are expected to fight for another spot. 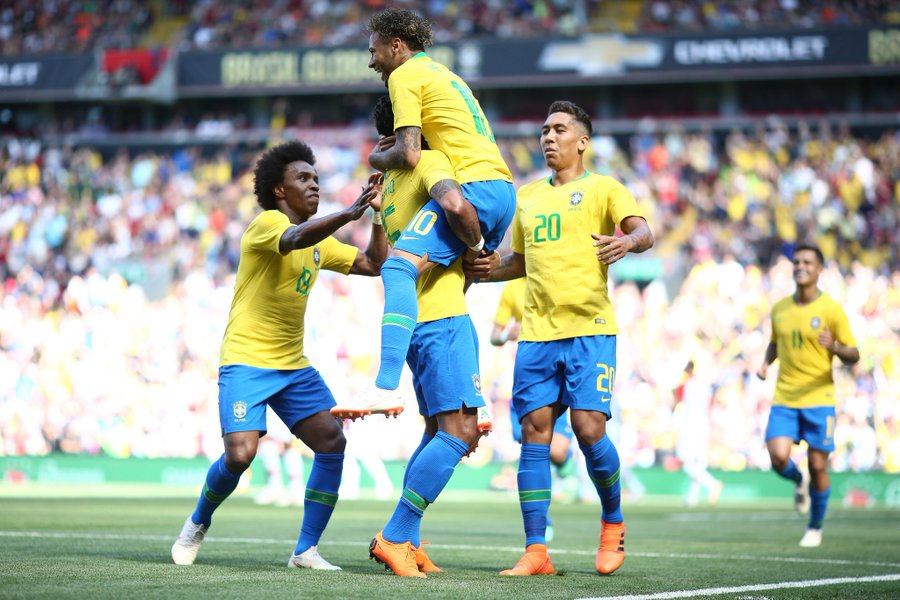 Tite took over Brazil after disappointing World Cup and Copa America campaigns. The were amazing in the qualifiers and made it to the World Cup losing just a single game out of 18 matches. But The 5 times champions will have their task cut out in order to win the World Cup, They have a pretty balanced squad on paper but according to many critics don’t have a certain plan B and quality players to come of bench and change games.

Switzerland had a very controversial qualification to the World Cup, A dubious penalty awarded against Northern Ireland in the qualification helped them qualify for the competition. They are coming in to this World Cup with some great form drubbing Panama 6-0 and playing out 1-1 draw against Spain.

One big advantage for the Swiss team going to the World Cup is the fact they have been together as a unit for quite a long time. They made it to the round of 16 in the last World Cup and would be eager to do the same in this competition.

Costa Rica were the biggest surprise package in the 2014 World Cup. They comfortably topped a group consisting of Italy,Uruguay and England and reached the quarter finals losing to Netherlands on Penalties. Majority of the players from 2014 squad will be a part of this World Cup.

They are known for their counter attacking football. They play a typical 3-4-3 and break very fast on counters with their fast wingers .

Serbia are returning to the World Cup after missing out the 2014 event, This will be their 12th World Cup campaign. Under manager Mladen Krstajić Serbia comfortably qualified for the event topping their group consisting of Ireland and European semifinalist Wales.

Their team consists of some experienced senior players along with some great youth players who were involved in winning the 2015 FIFA U-20 World Cup.