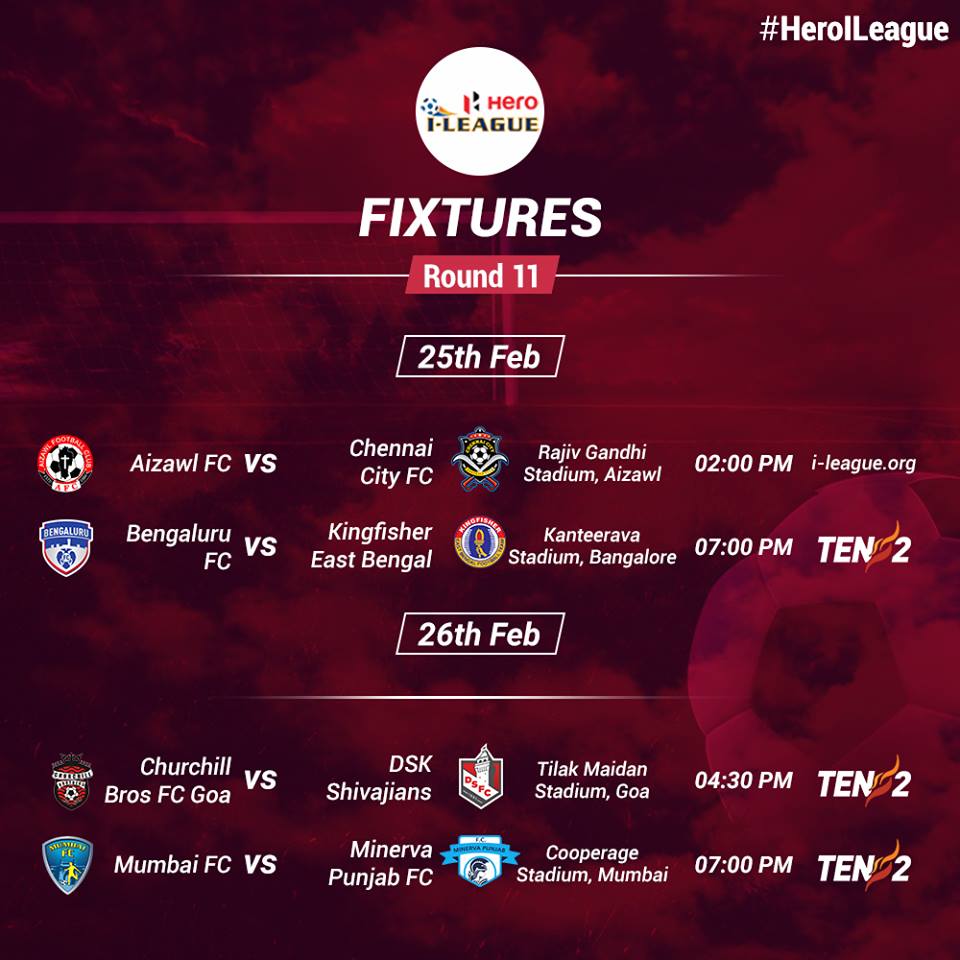 Round 11 begins with the customary early kick- off at the Rajiv Gandhi Stadium where surprise contenders AIZAWL FC take on the CHENNAI CITY FC  only team that has managed to shut them out this season in the surprise 2nil win at Chennai almost a month back.

Khalid Jamils men come into this game buoyed by a typical gutsy win over a stuttering East Bengal and will be looking for all 3 points as they look to claim top above the more illustrious Kolkata clubs.
Chennai City FC have gone from bad to worse after the appointment of novice coach Soundarajan.
After the 4-1 hammering at home versus Lajong , it will be tough to see CCFC escaping Aizawl with even a point.
Prediction : 2-0 win for Aizawl FC

The match of the round will feature the 2 Big spenders of the season.
Defending Champions BFC have an unbeaten home record and wins over East Bengal in the last 2 meetings at Kanteerava. They should also be grateful for the return of John Johnson & Rino Anto; however this is where the good news ends.
East Bengal have an impressive record against BFC having beaten then 5 times in the last 8 meetings. All isn’t well for the Kolkata club though, this is normally the time in the season when Trevor Morgan’s teams falter and the in-fighting begins.

A defeat for BFC could signal the end of Albert Roca’s brief attempt to impose a Spanish style on the Indian Champions.
A victory for the Blues could kickstart their campaign as the next 2 games are expected to yield 6 points.

Derrick Pereira has had a chance to work with his team this past week and will surely tighten up the back line thay shipped in 5 goals against fellow basement boys Minerva FC last week.
He will have a point to prove against Dave Rodgers who has replaced him at DSK. 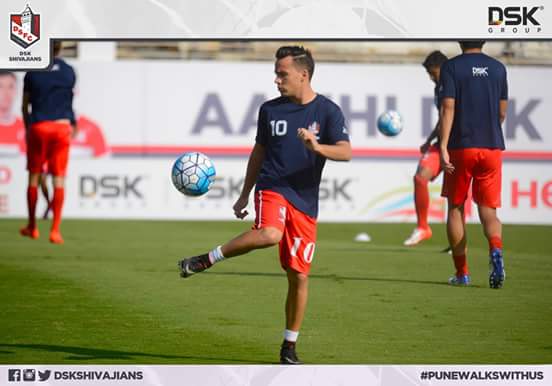 Dsk were considered as dark horses before the start of the season but are having a shaky season with 10 points from 10 games. The constant change of formation & personnel has meant one never knows which DSK team we should expect.

Santosh Kashyap  has a fight to save his job , a win against the unpredictable MINERVA FC could see the Mumbai team leap frog to the safety of 6th place , should DSK falter.
However the Mumbai side has had trouble finding the back of the net. They are the league’s lowest scorers.

MINERVA on the other hand are playing kamikaze football which we had ironically seen from Kashyaps Wahingdoh team 2 seasons ago. The young player’s have a point to prove as they look to showcase themselves,but the defence has big problems