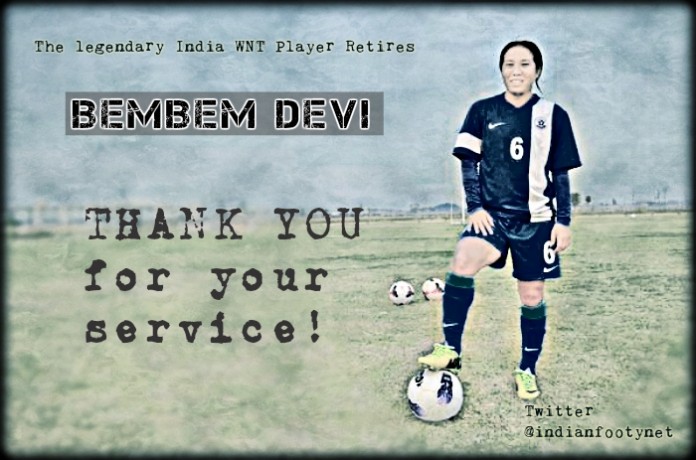 The legendary Indian National Womens’ Team footballer Bembem Devi has announced her retirement today, marking an end of an era in Indian Football.

Oinam Bembem Devi, who hails from Manipur, had made her international debut for the Indian National Womens’ Football Team at the tender age of fifteen, back in 1995, as India played against Guam in the Asian Champioship.

Bembem Devi then went on to represent India at the international stage for twenty long years and became synonymous with Womens’ football in India.

She won South Asian Games title in 2010 and SAFF Championship in 2012 and was also awarded the AIFF Woman Footballer of the Year twice.

Bembem Devi was signed by Maldivian club New Radiant SC in 2014, a news that was covered widely in the national media. Even so late in her career, she helped New Radiant win the Maldivian League and scored highest number of goals, becoming the Player of the Tournament.

Here are some Twitter reactions on the breaking news: