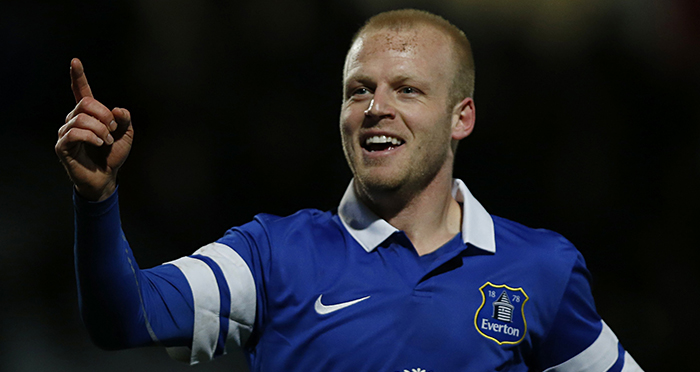 As we head onto the first international break of this competitive season, it’s time to consider who you can put  your money on in the coming weeks. Here we discuss about some top budget options who have not yet fired much but they are on their way to set the field on fire sooner or later. So, we discuss a few names position-wise who cost relatively less but can prove a bit handy in the coming fixtures –

After last week’s breath-taking performance, QPR keeper Rob Green (4.5) has become a hot property among the fantasy managers. The former England International keeper showed his potential between the sticks with 7 brilliant saves and can easily make way as the second keeper into your squad, proving to be useful when your first choice keeper will have tough games.

Villa’s Bradley Guzan (4.5) can also prove his worth as the second choice keeper as he will be having the services of a more solid back-line than QPR, made of Vlaar and Senderos.

If someone wants to spend more money in strengthening the front-line rather than the back-end, then alongside Guzan, Swansea’s Fabianski will also be an unputdownable choice. The former Arsenal keeper has already kept two clean sheets with more to come.

With Eric Dier and Nathaniel Clyne already having gone a price rise, very few names are left in this price range. With Koscielny having an head injury and being likely to miss the next match, Arsenal’s new sensation Calum Chambers (4.5) can really leave impression in his absence. He has already got his international call-up after a convincing defensive display for the gunners. Apart from guarding the defence, he can be trusted to put one or two inside the net also.

For the central backs, Vlaar (4.6) remain another reasonable option in hand. The Dutch defender has already promised a lot with his marking and tackles. Now to get hold of goal-scoring points, QPR’s Steven Caulker (4.9) might prove his worth soon on the field.

To consider the full-back positions, some players have shown enough to be profitable. The first among them is undoubtedly Newcastle United’s new signing Janmaat (5). The Dutch right back  has already found the net and is expected to find more with his opportunistic runs down the right flank. A more known considerable face can be Nacho Monreal (5.0) of Arsenal, who is known for his inviting deliveries into the penalty box.

The second on the cards will be Kieran Trippier (5) of Burnley. The young English full back, who spent his youth at Manchester City, posed threats at opponent’s goal with his crosses and through passes. Another cheaper on the list will be Wisdom of West Bromwich Albion (4.0). The loanee from Liverpool fared well for the Baggies and can be worth betting to gather points for.

So far, Gylfi Sigrudsson of Swansea has been the pick of the market in midfielder section. But he carries a little hefty price tag to fit in this zone. Now we shift our focus onto finding cheap replacements of the Icelander who tease to brag their names also.

Southampton’s Morgan Schniederlin (5.5) again proved his scoring potential last week. But he is likely to end up in a large section of the fantasy teams where as his fellow team-mate Ward-Prowse can be trickier pick, who comes at a lower price of 5.0 m. Under the new Dutch manager Koeman, the English young prodigy have been given a more attacking role and often been trusted with the set-piece situations.

Chelsea’s Ramires and Matic also cost only 5.5 m and considering their attacking skills, they can easily fit in any fantasy squad.

With Dyer and Sigurdsson having already scored, Swansea’s Routledge (5.5) can be next on the list. He, along with similar price tag holders Aiden McGeady of Everton and Steward Downing of West Ham can be considered as a consistent source of points.

Now from the under-dogs, the first name to pop-up will be QPR’s Joey Barton who have created 10 chances so far with creating one in every 18.9 minutes. A very cheap price tag of 5.0 can surely taunt the fantasy managers to give him a trial for few weeks.

Over the last few weeks, Leicester City has been the talking point of this years’ Premier League, as the last year Sky Bet championship winners, under the reign of Nigel Pearson, played some fearless football to impress the critics. They held Everton and Arsenal to a draw, kept Chelsea at bay for 60-odd minutes at Stamford Bridge. From the Foxes’ squad, the Algerian winger Mahrez (5.0) and the Wales international Andy King (4.5) can easily make their way into your final squad because of their cunning vision and dribbling skills.

It is no surprise that Steven Naismith of Everton F.C. will top this list. The fantasy managers around the world are making room for him in their squad as day bay day he is improving and looking lethal in front of the goal.

But had the goal-scoring luck been ceased for the Scottish international, we have sorted out a few who can be trusted in the long run. Lukas Jutkiewicz of Burnley (5.0) have already paired up nicely with Danny Ings and appeared perilous in front of the goal.

The Argentine striker of Leicester, Leonard Ulloa (5.5), scored twice already and now David Nugent (5.4) might open his account soon. Villa’s Gabriel Agbonlahor (5.5) has also the ability to beat the keeper consistently and can be a good budget buy for the third striker place.

We end up this talent search as we patiently shift our focus onto the International friendlies, waiting for the adrenalin rush of Premier League to get going again in our veins.