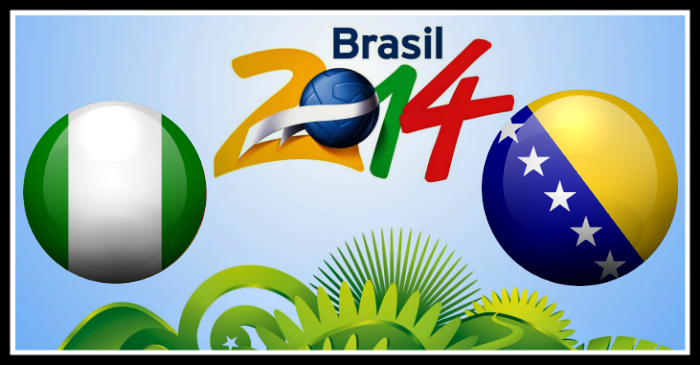 Nigeria and Bosnia face each other after rather two very different performances from both the sides. Nigerians who were considered the favourites in their previous match against Iran, failed to live up to the billing and the game resulted in a boring and tame draw. Nigerians could have really boosted their chances of qualification for the next round by beating Iran but they were far too poor in creating chances and outplaying Iran. Nigeria would need to be at their best to beat a strong Bosnia side that are better than them on paper.

Nigeria would be expected to retain their line-up which they played against the Iranians. They would rely heavily on Vincent Enyeama, their captain, who would be their goalkeeper again. The importance of his role is more understood by the presence of opposition striker Edin Dzeko who is a proven lethal finisher in the Premier League and has top level experience. Enyeama would need to lead from the back as we are sure Bosnia and Herzegovina are going to throw in many aerial passes to utilise the aerial threat of Dzeko as well as some dangerous through balls which the keeper will have to read.

Godfrey Oboabo’s injury has unfortunately ruled him out of the tournament which can be a huge blow for Nigeria. This would most likely mean that veteran Joseph Yobo would occupy his central defence position. Again his and Kenneth Omeruo’s partnership would be critical to curb the likes of Dzeko and Pjanic bombing forward.

Oshaniwa, Onazi and Mikel would make the midfield trio which is very hardworking and functional but would need to step up on their creativity and also try to have more key passes. They form a traditional engine room for Nigeria and can be effective while counter attacking. This tactic would be useful against teams that like to dominate possession and attack, which can help Nigeria’s physically powerful midfield to counter attack meaningfully exploiting space. The midfield would also have to deal with talented Bosnian playmaker Miralem Pjanic and would have to be at their very best to stop him from releasing his defence splitting passes.

Emenike, Moses and Musa would mostly form the forward line in the 4-3-3 formation that Nigeria deploy and they have a big wall to face in front of their opposition goal in the form of Stoke City shot stopper Asmir Begovic. The keeper doesn’t give in too many chances for the forwards especially when he is in top form, which he mostly is all the time. 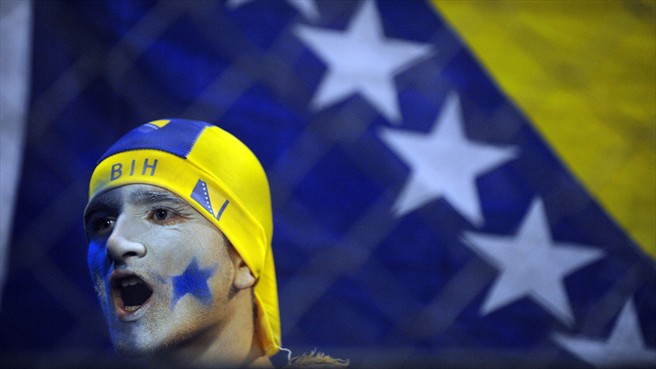 Bosnia come from a different performance after a hard fought loss against Argentina where they managed to get a goal in the 2-1 defeat. They played with heart and resilience to restrict the star studded attack of Argentina to just 2 goals and limit Messi’s influence for a long time. They would be facing an under-performing Nigerian team that can be hard to break down at times but yet so inconsistent that makes Bosnia marginal favorites in this fixture.

Bosnia would have Asmir Begovic, the dominant goalkeeper who would start the match at goal. He would definitely be one of their main players and his importance cannot be stressed enough with the quality he brings to the defence especially as Bosnia rely heavily on the keeper due to a lack of world class quality in their back four. The back four is mostly expected to be the same one that faced Argentina and contained them to only 2 goals. Mujdza, Bicakcic, Spahic and Kolasinac would have their task cut out as they would be facing three decent shooters would be starting for the Nigerians.

Schalke left-back Sead Kolasinac will have to be strong in this match to deal with the pace, power and trickery of Victor Moses. Moses is a functional winger and sometimes likes to shoot, so Kolasinac will also have to defend with the fundamentals and the basics in his mind, and would have to match the speed and decision making of the Nigerian. Apart from defending, the Schalke man would also need to make overlapping runs to help in the crossing department by attempting some crosses for big man Edin Dzeko.

Other important players would be star men Miralem Pjanic who would be the chief orchestrator who is expected to dictate play for the wild card European nation and Edin Dzeko, the Manchester City striker, who would be a target man for the team. Both players form the crux of Bosnian attack and would be important for the goal scoring requirements of the team.

Nigeria do not have the fire power up front to test Asmir Begovic while Bosnia and Herzegovina are well equipped to score goals. Plus, the Bosnian defence is confident enough after a fair performance against the best offence in the world which would give them enough edge against a team that failed to test the Iranian defence before.