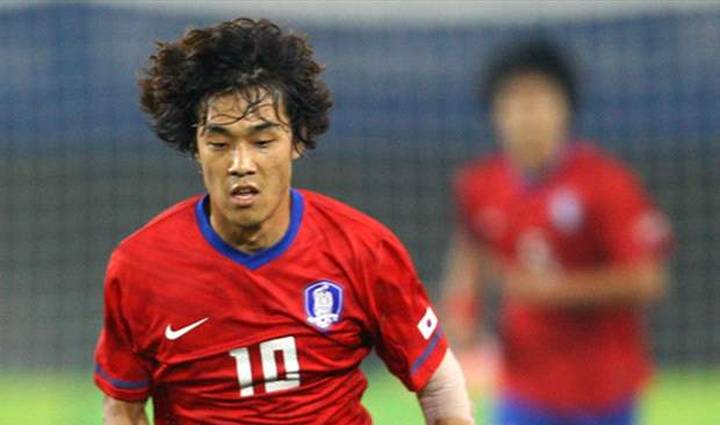 Algerians face the Koreans in the clash of the underdogs of Group H. Both teams worked hard and played well in their first matches. Algeria were good value in their 2-1 loss as they held on to a 1-0 lead till the 70th minute after which the Belgians finally got the better of them. South Korea on the other hand were lucky enough to manage a draw because of the Russians lacklustre show and their goalkeeper’s howler that led in a cheap goal. This match offers a strong chance for the underdogs to mount a challenge and pressurise Russia and Belgium.

Algeria are less experienced in comparison to the Koreans who have been semi-finalists and hosts for the 2002 World Cup. The Algerians have new found confidence in their game and have the ability to beat Korea if they step their performances up by a couple of levels and emulate the grit and determination they showed for 70 minutes against the Belgians.

Algerians are expected to field the same starting eleven that played against Belgium. This would mean M’Bohli would be expected to continue at goalkeeper’s spot. The back four would constitute of M-Sbaa, Hallichi, Bougherra and Ghoulam. The back four will have to deal with some sharp passing and movement of the Korean forwards, which is typical of Asian footballers who tend to be quick and destructive up front.

Algeria would be playing an attack minded 4-5-1 like they did against Belgium. Medjani, Taider and Spurs starlet Bentaleb are likely to retain their central midfield positions to crowd the centre. Feghouli, who scored the penalty against Belgium the other day would be playing in attacking midfield while he would be partnered by Riyad Mahrez and Soudani would play the role of the centre forward.
Sofiane Feghouli will have a huge role to play as he would be the main force in attack. The Valencia man is truly among the better players in the club as he has experience as well as talent to be at the top level. Algeria would be pretty direct as they would provide the ball as many times as possible to their star attacker. Midfield man Saphir Taider, who is employed by Inter Milan will also be a key figure for the team as they look to retain possession and play direct and positive game play. These two stars would be supported by youngster Nabil Bentaleb, the young Tottenham Hotspurs player who impressed in the Premier League with his passing abilities and control on the game.

South Koreans would be pretty happy with their performance against Russia as they bagged a cheap goal and a point that gives them a chance to upset at least the Russians in a bid to qualify for the next round. There is again, high probability that the Koreans would also retain their line-up which they used against the Russians.

Goalkeeper Jung Sungryong would most certainly start the match while the back four could be the same with Jeong Ho, Yun Sukyoung, Kim and Lee Yong expected to retain their positions. The defence will have to deal with a direct approach of the Algerian team in providing Feghouli. Sofiane Feghouli is a player with a bag full of trickery, flair and finishing. The Koreans will have their task cut out here, and if they manager to negate his influence on the game, then half their battle is already won.

There would be a 4 man midfield which the Koreans use often, as they deploy a 4-4-2 formation with two forwards up front. Ki Sung Yueng who played last season with Sunderland on loan from Tottenham Hotspurs has been in impressive form and is arguably one of Korea’s very important players in central midfield. Lee Chu Yong, Han Kookyoung, Koo Jacheol would round up the midfield for the Koreans which would have its main objective as holding possession and creating chances for the forwards.

The strikers are expected to be Arsenal’s fringe man Park Chu-young and Son Heung Min. Both the forwards will be expected to lead their line with clinical finishing and movement up front. Both of them have decent quality in them and with the Koreans expected to have slightly better share of possession, the strikers will be very important and Park Chu-Young and Heung Min will be important players for the team.

Algeria: M’Bolhi; M-Sbaa, Hallichi, Bougherra, Ghoulam, Taider, Medjani, Bentaleb, Soudani, Mares, Feghouli
South Korea: Jung; Lee Yong, Kim, Jeong Ho, Yun Sukyoung, Ki Sung Yueng, Lee Chu Yong, Han Kookyoung, Koo Jacheol, Park Chu Young, Heung Min
Score-line: Algeria 2-2 Korea
Both the teams have good performers and would look to attack. In the author’s opinion, this game could be a draw with the defences letting their teams down and letting in a couple of goals each. Koreans could have an edge in possession while Algeria would look to be clinical in counter attacks.