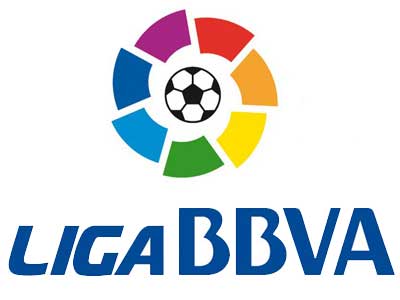 This happens to be a dead rubber game for Carlo Ancelotti’s men at the Bernanbeu as the title is already lost for Real Madrid. With a shock 2-0 defeat to Celta Vigo before which they had two tame draws in the league, Real Madrid have been on a winless streak for the past three games and that wouldn’t help when they head for Lisbon to face their city rivals Atletico Madrid.

This match has no real significance for the league as both Real and Espanyol’s seasons have been determined already. Real Madrid’s victory in this match could give them hopes of a second place finish if Barca lose to Atleti, else they would have to be satisfied with a 3rd place finish which would be their lowest finish in the league since the 2003-04 season.

Real Madrid will have one eye on the Champions League final while making the team selection. Cristiano Ronaldo’s hamstring injury is likely to keep him out of this tie as he is on course to recover before the final. Despite that injury, Ancelotti said that Ronaldo will play the game, possibly because he is just one strike away from winning the Golden Boot for scoring the maximum number of goals in the domestic league. Some other key players are also injured as Pepe nurses a calf injury while young centre back Varane(knee) and di Maria(groin) are also expected to miss this game.

Record signing Gareth Bale will be expected to lead the line along with striker Karim Benzema. Young Spanish starlet Isco could also be given a chance to perform a key role for the team. Deep-seated playmaker Xabi Alonso is all set to play as he is suspended for the final at Lisbon. Real Madrid are widely expected to bench some other key players as well as they prepare for their La Decima clash.

Espanyol manager Javier Aguirre has confirmed that this would be his last game after which he is quitting RCD Espanyol. If Espanyol fail to win at the Bernabeu, they would have recorded their longest winless streak under the manager, which would be eight. Espanyol are safely positioned in a mid-table spot and quality wise Real Madrid’s second string squad is also way stronger than Espanyol’s and Madrid should ideally look to see off their final La Liga opponents.

This would be just another regular La Liga game for Real Madrid and would also be a practice game before their main clash in Lisbon. Madrid would have the lion’s share of possession and chances as they have much more quality in their ranks. Espanyol would be expected to counter attack as and when Real Madrid offer space on the pitch.

Both teams would play relatively direct football in this match as Real Madrid are expected to bombard attacks after attacks while Espanyol defenders fend them off. Key counter attacking moments are also expected when there would be situations when Espanyol look to attack on the break and get dispossessed in the process leading to a counter counter-attack which Real Madrid are so good at.

All in all, we can expect an entertaining match as we can also expect Ronaldo to come on as a substitute or see some of Real Madrid’s fringe players rise to the occasion. Espanyol won’t be expected to offer much of a challenge, but citing Real’s recent performances, they must have at least some hope to stage an upset and end their season on a high. Even if they fail to do so, they have already accomplished as much as they could in this season as the players are already looking beyond the league and into the next season and the mentality can probably ensure the neutrals of a classic dead rubber game.

Bale has had a great debut season for Real Madrid as he has notched up 14 goals and 12 assists. He would be raring to go out and perform well on Saturday as it would be crucial match practice before the coveted Champions League final. The fact that he has been part of the Madrid team that has made it to the final in so many years itself is a strong motivation for him to raise his performances and get pumped up for the Derby clash of the season on 24th.

The defender has been prolific for his team. He has had 4 goals to his name this season. The last defender to reach this tally in La Liga was Daniel Jarque in 2005/06. The Argentine’s prolific form in front of goal would not be so important as much as his defending would be, as his team is up against one of the best attacks in the world.