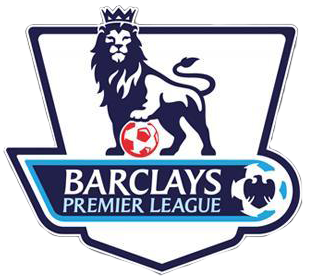 Match Of The Week: Everton vs Manchester City

The Toffees will host the title hunter Manchester City in the penultimate week of English Premier League. The crunch of the match is the Liverpool fans would be praying for their city rival Everton to clinch a win in this encounter, so that they could win the eluding Barclays Premier League for the first time. Manchester City, whose prolific striker Sergio Aguero returned to the first team after his agonizing injury, would be boasting of their clinical home run undoubtedly. But it would be a different business all together at Goodison Park this Saturday. Recent losses against Crystal Palace & Southampton have halted the Toffees’ dazzling show surely, but they have an old habit of shrugging off the loss and regroup within no time at all. Manchester City won’t be so complacent like their city neighbor who has tasted a bitter loss two weeks ago. Martinez, Everton boss has to salvage his home turn without the service of Distin, Pienaar, Mirallas, Oviedo, courtesy their prolonged injury. Hope their injury won’t hurt their team too much. Meanwhile, the opponent boss Pellagrini have to ploy his strategies without the inform Spaniard David Silva and Jesus Navas. The first leg was a mere subset of City’s charismatic home run while they thrashed the Merseyside club by an unassailable margin of 3-1. They cancelled out the early goal from Belgian striker Lukaku through Negredo. On the halftime mark, Aguero netted their second and on the dying minutes of the match, Everton goalie Tim Howard couldn’t do anything but to swallow an own goal from himself. Manchester City, who still has a game in hand, is enjoying third spot in the table with 77 points from 35 matches, would match the point tally of Liverpool, who has same points playing one match extra. On the other hand, Everton bagged 69 points from 36 outings till now. A win against the Manchester boys would boost their hunting for the UEFA Champions League berth.

4 losses on a trot, definitely the Hammers would want to finish up the season as soon as possible and pull together for the next season. They have been at the receiving end against Liverpool, Arsenal, West Browmich & Crystal Palace in recent weeks. Any resurrection against the Spurs is highly unlikely. Though their London rivals have shown a roller coaster form this season, recently they have shown some resilience under Tim Sherwood and clinched two vital wins against Fulham and Stoke City, interestingly it has been an away win for them, which must provide them enormous fidelity to outplay the London rivals. Though Tim Sherwod has to compromise the absence of Dembele, Walker, Lamela and Townsend, it would hardly matter for the Spurs to slaughter the Hammers.
West Ham United 0-2 Tottenham Hotspurs

Amidst numerous off field controversies Hull City produced quite a few glorified performances to overcome big guns in this season. Though their lack of experience fell short a few times, they have already put a mark in English Football Map. Aston Villa, though out of the relegation threat, has nothing to draw from their EPL campaign this season. They have lost 18 encounters this season, a disgraceful shocking outcome for a veteran club like Villa. Even their dry run without a win is going for last 6 matches. While Hull City is stationed at 13th place with 37 points from 35 matches, Aston Villa managed to accumulate 35 points from as many outings.
Prediction: Aston Villa 1-2 Hull City

3rd May: Manchester United vs Sunderland

Manchester United, the veteran club, is on a verge of upsurge under the legendary player-turned-coach Welshman Ryan Giggs. While they clinched an out-and-out win against Norwich City last week, the fans would look for another clean sweep over the minnows Sunderland. But they must not be complacent as the Red & White outfit has a common habit of staging upset. Sunderland, who was about to get relegated, suddenly pulled up their socks and registered back to back mammoth wins in premier league. Might be Giggs would feature Mata in the starting eleven after his dazzling show last weekend. His brace has put the final nail in the Norwich coffin indeed.
Manchester United 3-0 Sunderland

Lesser to speak about the Magpies’ performance this season, better it’s for Alan Pardaw team. The team performance has been really a hoax throughout this season after their top 5 finish last season. Last week they could not put up a valiant show against the Gunners and faced a heavy defeat by a margin of 3 goals. The wooden spoon holder Cardiff City would strive for a much needed win to clinch monumental 3 points to come out of the relegation zone. Newcastle United, currently 9th with 46 points, have faced 6/6 defeats against Everton, Southampton, Manchester United, Stoke City, Swansea City and none other than Arsenal. A resurrection by Alan Pardaw brigade is highly dubious while a dab draw can be very much possible.
Newcastle United 1-1 Cardiff City

3rd May: Stoke City vs Fulham

Stoke City is a tough opponent at the Britannia Stadium at any given point of time, though they have faced a huge setback last week against the Spurs. On the other hand, Fulham has always been on their toes but never performed upto the mark to put up a courageous show, resulting their tottering at the last but one spot in the table. While Fulham has gathered tad 31 points from 36 matches till now, Stoke City is far ahead with 44 points from same number of matches. Stoke City would miss the service of the productive defender Shawcross courtesy his suspension. Fulham would miss the service of Damien Duff due to his sustained injury. Stoke City might edge out the wobbling Fulham in this encounter which might give them much needed three points to end up in the top half of the table.
Prediction:Stoke City 1-0 Fulham

3rd May: Swansea City vs Southampton

Swansea City has shown enough ups and downs in this season. Still they have recovered well and are subject to finish the season at a commendable position. Southampton has plundered an enormous win against The Toffees last week, while their form was in a downhill recently. Their poaching striker J.Rodriguez is still sidelined and chance to make a comeback this season is becoming bleak. In the first leg, Southampton got the better of Swansea City, kudos to Lallana and Rodriguez who netted apiece. Southampton is having a bigger possibility to continue teir winning streak in Premier league atlast till this weekend.
Prediction: Swansea City 0-1 Southampton

The Gunners might be bid the adieu to ‘The’ Arsene Wenger at the end of this season. Eventually, they have been spot on right from the starting, although be it has been a little late for the gunners. They have outplayed their opponents in last three outings, hence they got a 4 point cushion over 5th placed Everton playing same number of matches. On the other hand, West Brom has gained one position, thanks to their last week triumph. West Browmich has acquired 36 points from 35 matches till now and currently enjoying the 15th position in the table. A one sided match is on the card while none other than Arsenal would be the safest bet. On the contrary, an upset by the minnows can happen at any moment of time in the league, especially at this juncture of league.
Prediction:Arsenal 3-1 West Browmich Albion

4th May: Chelsea vs Norwich City

Chelsea, Mourinho’s ‘Little Horse’, staged a miraculous win last weekend at the Anfield, hence opened up the title race once again at the last hours of the league. Though the Blues had nothing to do but to swallow a huge setback in the Uefa Champions Legaue against Atletico Madrid, they have nothing more to lose than the league itself. They have to have all the 6 possible points from the 2 remaining matches and pray for Liverpool and Manchester City losses. Cech is already out of the season while skipper John Terry came back after a ankle sprain in the Champions League Semifinal first leg. They are currently holding 2nd position with 78 points from 36 outings, while the yellow outfit has succumbed to the relegation zone recently, courtesy their consecutive 5 league losses. ‘The Special One’ might be plying some uncanny unfathomable strategies to outplay the 18th placed team. Unfortunately, He would be missing the services of Samuel Eto’o and Ramires, suspended till this week. It is almost certain that the Blues would continue their steam rolling over Norwich City alike the first leg while Chelsea have cruised over Norwich City courtesy three goals from Oscar, Hazard, Willian.
Prediction: Chelsea 2-0 Norwich City