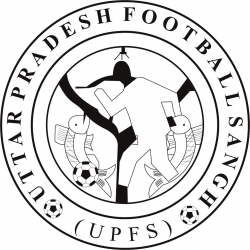 Cases of sexual harassment in India has now rocked the football fraternity. Earlier on Tuesday (22nd April), the General Secretary of Uttar Pradesh Football Sangh (UPFS) was arrested by Varanasi Police after being charged with sexual harassment of a woman footballer. On Saturday (26th April), Uttar Pradesh Olympic Association (UPOS) has decided to suspend both UPFS and the official.

The identity of the footballer is understandably not revealed to the media. After the police compliant, the General Secretary Mohd. Shamsuddin was arrested from relative’s house, where allegedly he went to negotiate an out of court settlement with the victim. It has been revealed that the arrest was made possible following a SMS sent by one of the women footballers to the police on Shamsuddin’s location. Even before the arrest, a group of women footballers went to Shamsuddin’s house and shouted slogans against him. The footballers demanded eviction of Shamsuddin from his position in the Uttar Pradesh Football Sangh.

After waiting for three days for AIFF or UPFS to to respond, the Uttar Pradesh Olympic Association decided to not only suspend Shamsuddin, but also the whole UPFS for keeping mum on the whole issue. The General secretary of UPOA, Mr. Anandeshwar Pandey had expressed anger on the way Shamsuddin and UPFS had handeled the issue. According to him, his talks with AIFF secretary Mr. Kushal Das had been fruitless and no action was taken against Shamsuddin to remove him from his post.

Federation had removed the protesting footballers from the team

It was further revealed that UPFS and Shamsuddin is not sending the protesting footballers to represent Uttar Pradesh in the forthcoming nationals. A team has been built which can only be termed as B-team and has been sent to the nationals. The genuine players has been kicked out as a ‘punishment’ for revealing the truth and protesting against Shamsuddin. It remains to be seen whether AIFF accepts the team sent by UPFS.

UPOA is further going to ask the Uttar Pradesh Sports Directorate to disaffiliate the state football federation from recognizing it as a sports organization representing the state. According to Pandey, the directorate should file a separate FIR against many of the UPFS authorities. 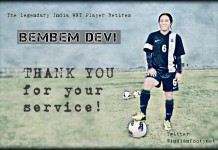 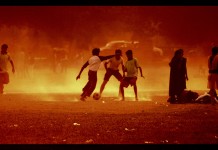